The importance of the father in the family cannot be overstated. After all, he is the head of the house and the main earner for the family. Growing children are in dire need of their father’s upbringing. Even more than they need the money he makes away from home. In addition, the absence of a father in the family negatively affects not only the children, but also their mother. After all, she so lacks support from the stronger sex. 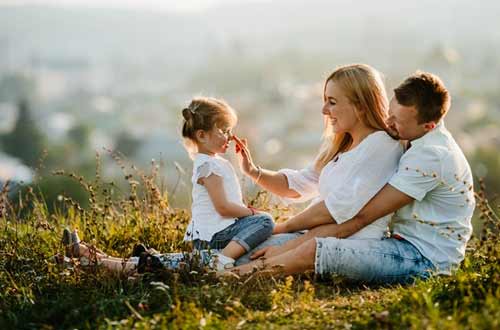 Childhood is a key stage in a child’s life

The advice that a father gives to his children, his love and masculinity, give them confidence and calmness. Which are so necessary for building a healthy personality. Childhood passes very quickly that we simply do not have time to notice it. And those parents who were not with their children during this period will definitely regret in the future. After all, it is at this time that the character, views, ambitions and dreams are formed in children. Once the children grow up, it becomes very difficult to change anything from this.

A man should never assume that the responsibility for upbringing lies entirely with the wife. Both parents must work to keep their children happy and growing up properly. Despite the fact that fathers work very hard to provide for their families, their presence is extremely important for the children. It is obvious that a parent who has little contact with his children does not have the opportunity to influence them. Indeed, in families it often happens that the father leaves for work when his children are still asleep, and returns late at night when they are already asleep. They rarely spend time together. And in such cases, only the mother is involved in raising children.

Children need both parents to love them.

Even if the children have a stepfather, then before he can have any influence on them, he first of all needs to show his love and care. Children need parents who love them in order to grow into full-fledged members of society. Studies have shown that children whose fathers are far from them are more prone to various bad habits. Such as alcohol, cigarettes and many others.

In addition, in our time, parents must understand that their children are influenced not only by the people around them, but also by the Internet and advertising. Therefore, the father and mother must work together to keep children from negative environmental factors. Because one person cannot stay awake all day caring for children. Therefore, the presence of the father in the family is extremely necessary. When the father is around, the mother may take a nap knowing that her husband is looking after the children. And under constant supervision and care, children behave much better and grow up more disciplined. After all, they know that there are always two parents nearby who are watching their every step.

It is common knowledge that mothers are more emotional and tolerant than fathers. As a result, they will not be able to make the guy more disciplined and give him a masculine shape. But there are also cases when the absence of a father in the family had a positive effect on a person. Because at an early age he had to work hard and take responsibility for the family. He counted only on his own strength, and tried to develop and show his best qualities. What made him a serious and responsible person in the future.

The absence of a father in the family also affects girls. They will feel less secure. They will not have anyone to show how a man should treat his wife and family. Under the influence of a caring father, girls grow up to be more feminine and self-confident. When there is a father in the family, they “first-hand” learn the basic rules of the relationship between a man and a woman, observing their parents. Without a father, children do not see normal relationships. And they will have nothing to compare it with in adulthood.

Some mothers can discipline their children. But research shows that when a man is not around, children are more likely to engage in bad behavior. This may be because the discipline of the father is often more powerful and respected than that of the mother. Or because a single mother has less time and energy to control her children.

A mother is by and large more gentle and kind to her children. And children are much more likely to ignore their mother’s instructions. After all, no matter how hard she tries, but raising a child alone, she can only provide a role model, interpreted from a female point of view. In any case, children will feel the absence of a father in the family, and will understand that they are missing something. Especially when they see other children playing with their dads. The lack of male influence is more noticeable in boys. Which often reflect the manners and life philosophy of their father. And they do it on a subconscious level.

In the event that the father is absent due to divorce, then the children may feel rejected by the father, who does not want to have anything to do with them. Although I know many cases when children were looking for their fathers after many years of separation. After all, they will forever remain in the hearts of their children. With both parents, children will have more opportunities for fun, enjoyable time and learning about the world. One parent can be good at certain areas such as arts and crafts. While the other, can develop children’s interest in sports, modeling, or computer technology.

Lack of money due to the absence of a father can affect the well-being of the child and his future. Even a father who pays child support will not give as much money as a full-fledged family member. Children without father’s support have no chance of getting a quality education. This is due to the fact that they do not have enough funds to pay for their education. They can’t even continue their education. Because they need to leave school as soon as possible in order to work and help their materially. Thanks to joint efforts, it is much easier for parents to raise and educate their children.

To summarize, because of the absence of a father in the family, children do not receive full emotional support. They are less well-off and do not receive proper education. The mother is not capable of raising children properly. She will be forced to resort to the help of strangers. However, in a situation where the father is absent due to divorce and due to incompatibility with his wife. Children may be better off if their parents live separately. The absence of a father is a really big problem. But living in a violent home may not be the best option.