If you are interested in the question of how to find out if a man is ready to marry, then I congratulate you. This means that you take your life very seriously. And approach romantic relationships with common sense. After all, we live in a society where marriage under 30 is becoming increasingly rare and unconscious. People are increasingly choosing the option of living together with a loved one, and rarely want to legitimize their relationship. That is why such words as “beloved husband” and “beloved wife” we hear less and less. 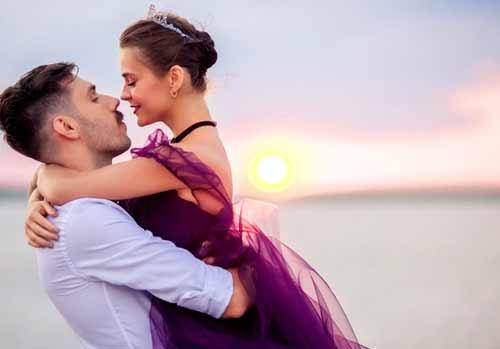 But, if you still want to understand yourself and your relationship in order to understand how ready for marriage, then we have prepared for you several basic signs that will help determine this.

Signs that you are ready to get married

Much in a man’s life depends on his goals. If he understands that he needs to achieve certain goals, create successful relationships, build a happy family, raise children correctly, and he really really wants this, then this attitude already encourages him to look for a partner not just for pleasure and relaxation. He wants to have a smarter, more mature woman with whom he can sincerely communicate, share his experiences, and who also has a clear understanding of her future life.

That is, when a man understands the true values ​​of this life, and has a clear understanding of what he wants from life, then he becomes more ready for marriage.

2. The maturity of a man

One of the key points that determines whether a man is ready to marry is maturity. But in this case, maturity should not be confused with age. These are completely different things. After all, there are adult men, but in their heads they have only games, beer and relaxation with friends. And the wife, in their understanding, should only stand near the stove and cook food. But there are guys who are still young in age, but their attitude to life and to building a family is completely different. They have the right thoughts, adult reasoning, they already have a stable job, and some success in life. Therefore, a guy aged 18-20 may be more ready for marriage than a man aged 30-35.

Internal maturity can also be manifested in a person’s desire to give something. That is, he understands that he needs to not only take everything for himself, and fill his pockets. But you also need to share with other people. You can confidently rely on such a man, and he understands that he will have to take care not only of himself, but also of his family. Such a man has a desire to continue his offspring. He already looks at children as a continuation of the family, and understands that they will need to convey their qualities and skills. This is also maturity and an indicator of readiness for marriage.

This is a continuation of the second point, but I decided to highlight it separately. Because it is really very important. Not all men have love for children. For some, it may manifest itself over time, but this is another indicator that answers the question of whether a man is ready to marry. These guys do not have children of their own yet, but they already love them so much, they enjoy playing with them so much that they want to find a wife as soon as possible in order to have their own children. Such men dream of starting a family with their beloved woman in order to give birth and raise beautiful children together. This is also a quality of a mature person, and it does not matter at what age they appear.

4. You know how to deal with conflict in relationships.

First of all, a successful relationship requires open communication and sincerity from both partners. Small disagreements and quarrels in the family are quite normal. But, if every tiny disagreement turns into a serious conflict, then it will be impossible to build a successful marriage. Therefore, if a man is willing to compromise, he can calmly solve problems, and is ready to talk about disagreements. Then he becomes ready for marriage and family life.

When people ask me how to understand if a man is ready to marry? I always say that if he understands at least a little how the female psyche works, and is ready to endure all her whims, and change for her sake. Then only then should he think about building a family life. A man should understand that he will have to make concessions to a woman at certain points. He will have to do as she wants. Otherwise, quarrels and conflicts will arise between them again. And they will be followed by parting and divorce.

6. You have similar values ​​to your partner

If you already have a partner to build your family life. You have the same interests and hobbies. Then building a strong marriage will not be difficult for you. You also need to share a few core values, such as religion, parenting, money, and family time. You don’t have to have the same views in all areas. But before you get married, you should definitely talk to your partner about values ​​and interests. To make sure you really have a lot in common.

The main signs that a man is not ready for marriage.

1. Divorce is a common thing for you.

Divorce is a serious matter. It should not be taken lightly. And a person should be well aware of all the possible consequences. Although, nowadays, divorce is a legal solution to serious problems in marriage, and almost every second couple resort to it. But for you, divorce should not be an easy solution to problems. And if you think you can just get a divorce if you don’t like something, then take it as a big sign indicating that you are not ready to get married now.

Unless you are willing to compromise. If you like to argue and conflict more, then do not rush to get married. Because it will be very difficult for you to build a successful union. Since respectful attitude towards the partner and open communication, where both parties are ready to hear each other and understand, is critical to building a successful marriage. So at this stage in your life, it is better to abstain from marriage. And you need to try to change your attitude towards other people.

3. You are ready to get married without much hesitation.

Sometimes people get married without much thought. Or they think that this is their only love, and they will not find anyone else. That is, they are guided by their emotions and commit unconscious actions. It is also recommended for such people to refrain from marriage for the time being, and to change the approach to relationships. After all, family life is a very important stage in a person’s life. You need to approach it seriously and consciously. And you need to choose a partner for marriage very carefully.