In a relationship between a man and a woman, there are often situations when one of the partners offends the other. He may not do it intentionally, but as a result you feel resentment and anger until the person asks for forgiveness. You don’t have to expect your partner to take the first step towards reconciliation. If you don’t know how to get a guy to apologize and realize your mistake, then I will share some tricks that you can use. Starting from ignoring his calls, to monosyllabic answers and refusal of intimacy. These methods will make the man forget about his ego for a while and offer you a gentle apology. 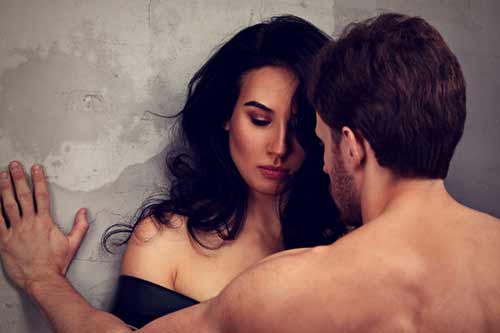 1) Do not call him and do not write

The first thing you should do to voice your dissatisfaction is to stop calling your guy and sending messages. When he asks why you weren’t in touch, give a vague answer without any excuses. If a man is attentive, he will immediately notice that you are in a bad mood. And that may be enough for him to understand that you are angry about something in particular.

2) try to avoid meeting him

Just like you stopped answering calls, stop dating your boyfriend until he apologizes. Every time he asks you out on a date, say no without any excuses. Let him take the initiative and be the first to ask what happened. As soon as he does, tell him that you are offended by his recent act. If he really loves you, then, as a rule, this is enough to make a man apologize.

3) Ignore the guy’s presence when he’s around

If you are with him, then show that you were unhappy with his last act. Don’t be afraid to ignore him and act as if he is not there. He will immediately notice this, and if he tries to cheer you up and cheer you up, do not show any emotions. Better hint why you are in this mood. He will understand that you are offended by him, and will try to settle the situation.

4) be sad and depressed

If the guy really doesn’t know that he should apologize, then show it with your appearance. Try to be calm, and whenever you need to say something, say it with a depressed air. Let this behavior show your true state. If your partner appreciates and respects you, then they will understand that they should apologize for their actions.

If the man refuses to apologize despite all your signs and upset, start giving monosyllabic answers to his questions. When he asks something, just answer “yes”, “no”, or in one short word. For example, if he asks “how was your day,” just say “okay.” Continue this behavior until he asks for your forgiveness.

The best part about social media is that you can share your moods, thoughts and feelings with people. If you want to get a guy to apologize, then use them correctly. Here are some ideas for your posts or status updates.

Then take a short break. Do not reply to his social media posts or comments. Do not write anything until he asks why you are offended by him. Then ask why he did such an ugly thing to you.

7) cancel a date at the last minute

The next way to get a guy to apologize is to let him take a similar blow by canceling the date. Half an hour before you are supposed to meet, send a message that you are failing. When he calls and asks the reason, say that you did not like the last meeting with him. You do not sleep well and are very worried about the pain he caused.

8) say no to physical intimacy

When all attempts to get an apology from your man fail, start manipulating him a little when it comes to physical intimacy or sex. Don’t bend over to him when he tries to kiss or hug you. Whenever you feel that your boyfriend wants intimacy, tell them that you are not in the mood for sex. This behavior will upset him. And when he wants to find out why you are behaving this way, here are some examples of how to respond:

9) dress sexy when you date him

If you want to get a guy to apologize, then dress the best you can when meeting him. Excite him with your attractiveness and sexuality, but don’t linger with him for too long. Use any excuse to leave the date. This playful trick should tickle his nerves and make him feel guilty of something.

One trick is to stay emotionally stable when trying to get a man to apologize. If he sees that you are being rude to him, he may get angry. This will lead to more quarrels and disagreements. Avoid all of this by controlling your emotions. Try to make him realize his mistakes by showing a calm, balanced attitude.

Have a heart-to-heart talk and ask if he feels the same way about you as he did before. This may be enough for him to understand that he should be more attentive to your feelings. Say something like this when he asks why you are in this state:

Use these lines as a conversation starter and follow through. Heart-to-heart communication can help your man realize his mistake.

12) Forgive him when a guy asks for forgiveness

If you have a good understanding of how to get a guy to apologize, and you succeeded, then accept his apology. Don’t be selfish. Any attempts to not accept an apology can easily put him off. Let him speak and let me explain why he did this. If you have something to say, do it calmly, with sincere love and the same feelings for your partner.