About 80% of all communication is non-verbal. So I think a lot of people will be interested in learning how to understand another person’s body language and develop their body language skills. Understanding it is essential to being able to communicate effectively with others.

Learning body language can help you understand what is not being spoken by your voice, or what the other person is hiding. As with all other arts and skills, your ability to “read people” will increase as you try to understand them. The more you train your mind to pick up on subtle signals, the better you will understand them. 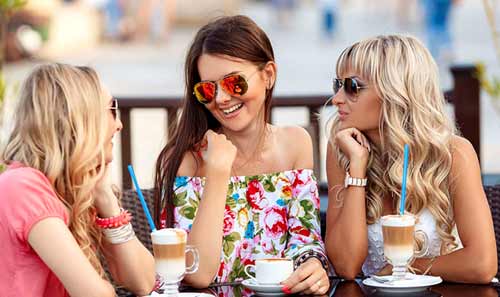 Don’t let initial setbacks discourage you. Keep learning and working. Over time, you will be able to master this “craft”. In fact, you can start right now. The following are signs of positive and negative non-verbal communication. Through which you can learn how to understand the body language of a man or woman.

While it may be obvious that waving someone or shaking hands is a form of greeting, there are other less obvious signs. Sometimes people can greet each other quietly as an expression of affection or unity. For example, several gangs have their own secret hand gestures to express their unity.

Handshake
A handshake can tell a lot about a person. Only this mostly depends on the person himself, as well as on a number of other factors. Squeezing your hand tightly makes you feel confident, and a light hold indicates shyness. Other factors can play a role here as well. For example, older women may have an easy grip despite their confidence level.

Greetings in the modern world have different forms. A person can shake another’s hand while holding his elbow with the other hand. Another form of greeting is to wrap both hands around the person’s hand. This speaks of dominance. Shaking hands while keeping the palm down is another sign of dominance. Whereas shaking the palm up expresses submission. Shaking hands for a long time without allowing the other person to interrupt is also an expression of dominance.

Other forms of greeting
Bows are a way of expressing honor, gratitude, or appreciation. In Japan, refusing to bow as a form of greeting is disrespectful.

High-fiveing ​​someone or lightly banging your fists are other types of informal greetings. Hugging is acceptable in some cultures and discouraged in others. Some societies find it normal to greet each other with kisses on the cheek, regardless of gender. At the same time, other cultures find this unacceptable.

If someone approaches you with squeezing eyebrows, they are most likely trying to remember your name or other details about you before making contact.

Yawning or nodding while talking are clear signs of inattention. Or vice versa, when a person leans towards the speaker – this is a sign of attentiveness. If the gaze continues to move frequently during a conversation, this indicates that attention is not fully focused on the situation.

When the listener concentrates on what is being said, his face often frowns. Hence, this means that he pays attention to your statements. You may also notice slight natural head movements or a nod in confirmation of what you are saying.

Another common sign of mindfulness is when a person unconsciously begins to imitate your body language. Also, when someone communicates with open palms, it is a sign that they have nothing to hide from the other side.

If we are talking about how to understand a person’s body language, then we need to observe how he communicates. Open body language expresses lightness and frankness. When a person communicates with outstretched palms and arms, it is a sign that he has nothing to hide. He is comfortable in the presence of these people.

However, when a person suddenly switches to open body language, it may not always indicate comfort or lightness. It is about communicating with a person who expresses closed body language and then suddenly gets to his feet or raises his voice without warning. It means that something you said changed his mood a lot.

If such a shift occurs, body language indicates a different type – aggressive or defensive. To deal with the situation, you need to think about what you said or did that caused such a dramatic change in mood. We’ll talk more about how to recognize negative signs of body language in more detail later.

In some respects, it is similar to open body language. In a relaxed state, the person’s breathing slows down to a speed below normal, and there is no sign of muscle tension anywhere on his body.

His arms and legs are relaxed, without any twitching or movement. You may see a relaxed mouth or even a slight smile. In general, his expression is relaxed. When he speaks, his tone or pitch does not change. His voice is steady and does not fluctuate from high to low, and vice versa.

The expression in the eyes mimics the mouth. For example, if you see a smile on your face, you will also see that smile reflected in your eyes. The eyebrows are not taut and remain at a natural level, without pronounced wrinkles. And the body immediately turns in the direction of the expected action, and assumes a posture of heightened expectation.

This body language expresses a readiness for a result or an outcome. The best way to describe this is to use visuals that we all understand. So, imagine a baseball player on the field, ready for a ball that is about to be thrown in his direction. Or a group of players converging at the goal post a few moments before a corner kick. The body immediately turns in the direction of the expected action, and assumes a posture of heightened expectation. His poise expresses his ready-made body language.

Alternatively, imagine that a candidate is waiting on the phone for the results of a job interview. Or relatives in the hospital are waiting for the results of the operation. They unconsciously display prepared body language. A person’s gaze is directed to the source of the action. The body tenses, the hands may fidget, and people may subconsciously start twisting things in their fingers as the anticipation intensifies.

Students about to enter the graduation site. Grooms waiting for their brides at the beginning of the aisle. They will all also tend to exhibit trained body language.

Understanding deceptive body language can help you understand the difference between when someone is telling you the truth or deceiving you. Just keep in mind that there are many people who are excellent at hiding their deception, from scammers to salespeople.

Signs
So how do you understand body language and identify a liar? Check for anxiety first. Such signals include body twitching, tension, sweating, sudden movements, rubbing of the back of the neck or other parts of the body, fast speech, voice intonation, fidgeting, or putting your hands in your pockets.

There is another sign when someone is lying. A man or woman will try to hide their deception by trying to control their body language so as not to give themselves away. Such efforts usually take the form of forced smiles or exaggerated hand gestures that will seem odd, abrupt, or awkward.

Speech can become inconsistent and hesitant. As the interlocutor tries to slow down and think carefully about what he needs to say next. He will often be distracted by not looking into his eyes. If he is in a standing position, then he will begin to unnaturally shift his body weight from one leg to the other.

With the knowledge of how to understand body language, especially aggressive ones, you can protect yourself or others from harm by reacting quickly before the situation escalates and spirals out of control. You don’t have to wait for a physical attack to recognize the danger. There are signs that, if detected early enough, can give you the opportunity to protect yourself or your loved ones. As they say, forewarned is forearmed.

For people who work in places where they are constantly in close contact with others (e.g. law enforcement, debt collectors, prison workers, social workers), knowing how to detect signs of violent behavior can save lives.

Facial signals that may indicate a threat include taunting, clenching of the jaws, pursing of lips, and facial flushing. It can also show up when someone squints at you or nods their head in your direction when getting close. A shift in posture in which the person stabilizes themselves by placing their feet, tensing muscles and clenching their fists. All this indicates that he is preparing for an attack.

Aggressive body language can also be detected when a man or woman crosses your personal space, or violates your emotional boundaries. Intrusion into your personal space or touching you is an indicator that some power is exercising over you. Usually the goal is to make you feel insecure enough.

Dominant body language can be compared to aggressive, but less so in terms of the emotions involved. The motive here is to project power onto another person, but more in an authoritative rather than aggressive manner.

One way to achieve this, especially for men, is to try to make your body bigger than it really is. When they cross and tuck their arms under their biceps, trying to push them out to create a seemingly larger look.

Dominant body language can also be seen in interrogation rooms. The detective often forces the suspect to sit while he, the detective, stands over the suspect to assert his superiority. Alternatively, the detective can pacing the room, which is a form of territorial marking. He can also approach the suspect from behind or lean over his shoulder when talking to the suspect, instead of sitting with him at the table at the same eye level.

You can also use facial expressions to control, taunt, or dominate. This includes staring, yawning, eye-rolling, squinting, or grinning.

Closed body language isn’t always negative. There are contexts in which the answer comes automatically due to the communicator or the topic itself. For example, the listener turns off because he cannot relate to the subject of the conversation at all. It may also be that the listener finds the speaker confrontational or feels threatened in some way. In the latter case, closed body language becomes more of a defensive reaction on the part of the listener.