Sometimes it can be difficult to realize that you are loved. Especially if none of you have yet said a word to each other – I love, but do not lose hope. This guide will help you.

So, you have been dating for a long time, but none of you said these three magic words – “I love you.” You’ve probably already wondered which of you will say them first. In the era of instant messaging, we can tell a lot about love through text. In the correspondence, you can find small clues about whether he likes you or maybe he even has a crush on you. This can be seen in his messages, although when someone loves you, it’s hard not to notice. 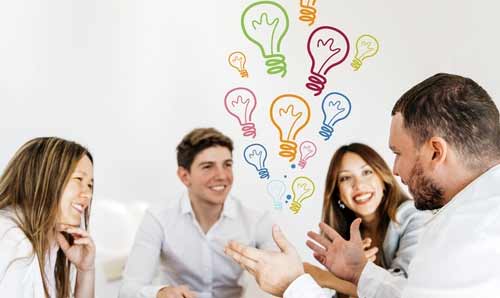 While lyrics aren’t a window to the soul, they can tell a lot about what’s going on in your friend’s head (or heart). Here are 16 ways to find out if your boyfriend is in love with you.

1. You constantly talk to him about everything in a row

It doesn’t matter what topic, love or something else. He seems to be testing you. You get a mixture of long texts with short, gentle and romantic ones. You should receive a lot of messages and consistently. He will want to keep talking to you because he likes you.

2. He sends messages with “good morning” and “good night”

When a guy really cares about you, he starts and ends your days in this warm manner. He wants to be your first thought when you wake up in the morning and the last thought you have when you go to bed. You think about him all day, and he wants to think about you too.

3. When you are sad, sick, or have a problem, he tries to cheer you up.

Even if he doesn’t know how to make you feel better, he will do his best to comfort you. And this is not an empty or indifferent answer to your “I feel bad”. He is really worried about you and is trying to show it with his actions. He will ask if he can help you with something, or find a way to let you know that he is worried about your situation.

4. He writes frequently about your favorite things.

It could be things that come up during dates, things that he knows that you like (like ice cream or your favorite movies), jokes, or he immediately writes to you about love. Remembering these things is his way of showing that he really listens to you and cares about you.

5. He trusts you and tells secrets that he has not shared with anyone.

Sharing secrets is a big part of a relationship. The conversational part of relationships that involve intimacy are essentially secrets that you don’t tell anyone else. It could be how you are romantically involved with each other, what excites you or makes you sad. That is, you become a person whom he trusts.

6. You don’t need to ask who will initiate conversations

Sometimes, at the beginning of a relationship, one person may feel like the dominant communicator. This can still continue with the more reserved, but usually it should result in both of you communicating without much nudge from the other person.

7. You write a lot when you split up for a while.

When the two of you can’t see each other for a week, the lyrics make it clear that you miss each other. When you finally see each other, you will notice that you have a certain amount of emotion. If he doesn’t miss you when you don’t see each other, it might be suspicious. You may be in a situation where you are used to taking long breaks so it doesn’t bother you as much as it did in the beginning. But, if you notice that he is not bored, that could be cause for concern. exciting message

8 it lets you be who you want

You can come up with rhymes or communicate exclusively in emoticons during the entire conversation, and it doesn’t matter. He likes your weirdness and he probably takes it as part of your charm. You know you’ve found someone who is right for you when they like your absurd stories that others would most likely find strange.

9. He cares about you even when you sleep.

Sometimes guys text girls in the middle of the night, and it seems nice and quite normal to them. But, a guy who knows when you are sleeping and that you don’t need to be disturbed right now commands respect. And if he writes to you at night or when you are resting, then this is no longer respect for you.

10. He communicates with you directly and does not hide anything.

He is frank with you in his lyrics. The ability to communicate honestly and clearly, through text or face-to-face conversation, is an essential component of a healthy relationship. You shouldn’t think badly about him if he doesn’t like talking on the phone very much. Some people just don’t like text messages. Think of other ways to communicate with him before cheating this guy. He may really like you, but he just doesn’t like it when his phone beeps every 10 minutes.

11. He talks about your future and asks serious questions

If your boyfriend is really in love with you, then he will think and talk about marriage, or love, and how the two of you move on. Naturally, this implies thinking about his own career goals, ambitions. To see how they fit in with your relationship. But, if he tries to figure out how to harmoniously harmonize both of your lives, he will also be very interested in learning about your goals and dreams.

12. He talks about his family and friends and invites you to meet them

He wants to show himself as more than just a casual friend. It’s no secret that meeting your parents is a pretty big step, as it speaks of great trust in you. If he invites you to meet his family, you obviously mean a lot to him, and he wants you and his loved ones to know this. The same thing happens when a guy invites you to hang out with his best friends. He wouldn’t represent you if he didn’t care.

Likewise, a guy who loves you dearly will be interested in your family and friends. He will show interest in meeting them or, if they have already met, tell you how he enjoys spending time with them. talk about love

13. If he tells you that he likes your company, thanks you for spending time with him.

If you came home from a date and already received a message from your boyfriend, in which he talks about love and how he liked meeting you. This is his way of letting you know that you are really special to him and showing how much he loves to be with you. It’s also a way to make sure you feel comfortable with him because he wants to do things right. And when guys focus on wanting to do things right, that says a lot.

14. He mentions in the texts that you can work together or develop some common cause.

Emphasizing that he thinks the two of you are capable of working as a team as a whole is also a big wake-up call that he wants to be with you. And this is a step towards starting a conversation about love with him.

15. He begins to praise you, but more meaningfully than before.

He will compliment you whenever he can, so you know he likes you. You will also notice that as his feelings deepen, his compliments will become more personal and meaningful. Whereas in the past he could focus on superficial compliments, he’ll start praising you for things that really mean a lot to you. These compliments indicate deep affection for you and may be a sign that he loves you dearly.