You met a young man and you seem to fit together, but don’t know if the guy has a girlfriend? It often happens that guys do not want to admit that they already have a lady. They try to hide it in every possible way. But in any case, you should know the whole truth about him before starting to build a relationship. Therefore, we have collected a few basic signs that indicate that a man has someone. 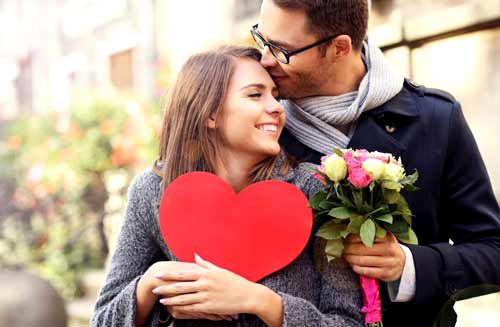 How to tell if a guy has a girlfriend

1. He gets away from talking about the future.

Most men do not like commitment, and do not want to admit the fact that a serious relationship is developing between you. In most cases, this behavior should at least alert the woman. And if, in addition to all this, he avoids discussions about your relationship, or about your joint future. Then there is a high probability that he really is already dating another girl, and he keeps you as a “backup plan”.

The next method of how to determine if a guy has a girlfriend is to look at his status in social media. networks. Many guys point out on social media that they don’t have a partner or are in a relationship. If he has no status at all, this may also mean that the guy already has someone, or he is not ready for a serious relationship right now. Try digging a little on his profile and see the pictures. From photographs, you can tell a lot about a person, and determine whether he has a girlfriend. If you find that he has a different profile and contains many pictures of women, then everything becomes clear. He added you to his “fake” account in order to build trust and hide his personal life.

Don’t forget to check the profiles of his friends as well. There you can also find a lot of interesting things for yourself. Just do it all carefully. So that he does not realize that you are following him, and trying to find out if he has a girlfriend.

3. The man seems to be busy all the time.

Another effective method to find out if a guy has a girlfriend is to see what he’s doing over the weekend. If a man is constantly busy. Or he behaves discreetly, and is rarely alone in public places. Then this is a sign that he has a girlfriend. He may not reply to your messages, or he may avoid you when he meets. If he becomes especially unavailable in the evenings and on weekends, then this is a clear sign that he is already in a relationship. Keeping an eye on a man isn’t a good idea, though. But you can just ask him where he was last weekend or what he does in the evenings. If a man cannot give a direct answer, then he is clearly hiding something.

4. He is well versed in women’s little things.

If a man already has a partner, then he is quite well versed in various women’s little things. For example, he knows what Cosmopolitan is, a highlighter. He knows how long daytime or evening makeup takes. Or he knows many beauty salons in your area. In general, the guy looks very confident when you talk about something feminine, and he knows it quite well.

5. Watch his behavior and words

Perhaps he will often talk about a person, but not call him or her name. Also, be sure to pay attention to the man’s behavior and body language. Single guys usually try to be closer to the girl if they like her. They behave freely and show signs of attention. Start flirting and flirting with him a little. If the guy does not react to your flirting in any way, then he is not interested in you, and he already has a lady.

6. Look into his phone

If you can check his phone, then do it. Check out his gallery and contact list. Check your posts and social media accounts. You can just ask the guy to pick up the phone and listen to music. And if he refuses it, then he is hiding something.

Chatting with his friends is the easiest way to find out if a guy has a girlfriend. You don’t have to say that you are interested in him as a romantic partner. Just chat on various topics, and by chance find out more information about this person.

If a man does not want to spend a lot of time with a woman, does not show attention and care, but treats more like a friend, then he is already busy. Unfortunately, not all men have the courage to say this. So a woman has to guess about it herself.

9. He doesn’t introduce you to friends or family.

Perhaps he has practically no friends. Or the guy does not get along with his close people, so he does not introduce you. But there is a high probability that he already has a lady. Or he doesn’t take your relationship seriously. Therefore, he does not want you to meet with his family. And if he actively avoids his friends when he is with you, as if he is afraid that they will find out about your relationship, then this is really a bad sign. And you should think carefully before developing a relationship with this person.

10. A man does not post joint photos on social networks

The last way to find out if a guy has a girlfriend is to look at his social networks. Perhaps he does not want to upload your joint photos, or he does not want to be photographed with you at all. Then this is a clear sign that he has someone. Most single guys would love to show the love and attention they receive from their lady. Therefore, if he does not want your photos to appear on Instagram, then he is afraid that his girlfriend, or your joint friends can see them.

What if a guy has a girlfriend

In this case, a lot depends on what stage your relationship is at. But cheating is not the best way to build a romantic relationship. Cheating and lying is a bad foundation for a couple. And even if he leaves his lady to be with you. How then can you be sure that in the future he will not do this to you? And if you do not acknowledge this behavior, you better leave this person. You deserve a much better relationship partner. And you will definitely find your soul mate.