Your friendship is ending and you don’t know what to do now? The thing is, as we get older, we begin to value our time, and we don’t want to waste it on friends who drain us. While this behavior may seem selfish, it’s necessary to understand how important it is to surround ourselves with positive, loyal and healthy people who enrich our lives. After all, having strong friendships brings many psychological and physical benefits.

When I was younger, I was drawn to people who had interesting lives. To people who had fun and were different from me, too calm and shy person. However, after a few years, I developed completely different criteria for choosing friends. I had a desire to surround myself with people who support me when I am discouraged, are interested in my life and my affairs, motivate me, and make me better. 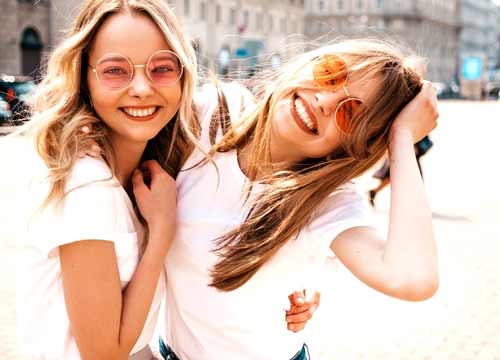 As a result, lately I’ve made some serious calls, said goodbye to a lot of people, and ended a relationship that was too grueling. During this difficult process, I thought a lot about why friendship ends. And she found seven surefire signs when it is necessary to end friendships.

1. A friend is not around in difficult times

The first time that showed that I don’t have that many real friends was when my son was diagnosed with autism. Up to this point, I would describe myself as a happy person with a large group of friends who will surely be there in difficult times. However, the son’s diagnosis quickly and irrevocably extinguished this illusion. Too many people around me turned out to be selfish. And few people supported me during this difficult period.

My son’s devastating diagnosis and its consequences have shown the validity of my friendships with many people. Therefore, I had to part with many friends. But I still believe that if we become best friends for ourselves, we will continue to attract real friends who will be very similar to us. This is why I strive to practice my own quote daily:

You need to love everyone equally. At the same time, remember that those who will walk alongside will remain, and those who only occasionally come will one day leave forever.

2. A friend does not support you in any way and begins to annoy

After my son was diagnosed with autism, I was prescribed antidepressants for treatment. One of the drugs resulted in a 10 kg weight gain. As a result, many girlfriends began to avoid communicating with me. And even if we even met, their behavior towards me was completely unfriendly, which greatly annoyed me. Luckily, I had a friend who started taking care of getting me in shape. We started to exercise every day. At this time, another good friend of mine unloaded me a little with my son, and periodically sat with him. She encouraged me to stop taking antidepressants and start living a more active lifestyle.

These people became my ideal of how a real friend or girlfriend should behave. As a result, I challenged myself. And she decided to become better, healthier, and fight her son’s illness. For which I am overly grateful to my friends. Unlike those who did not support me in any way, but on the contrary only caused negativity and annoyed me. With these people, of course, I broke off relations.

So surround yourself with people who fill you with positive energy, believe in you, and empower you. When you surround yourself with such friends, your life will change completely. These are the people you really need to spend time with. As a result, you will become a more positive, purposeful, and happier person.

Try to surround yourself with people who support a healthy lifestyle, motivation, and wellness. – Chailene Johnson, Motivational Speaker and Healthcare Expert

3. They talk too much but do nothing.

Friendships come to an end if friends do not give you real help. When a problem arises in front of you, in most cases words will not change anything. When my son got sick, some friends began to support me emotionally and spoke various encouraging words. At first I found their words comforting, and then just annoying. Because in difficult times, you need a person who will begin to take some action and provide real help. And not just express words of support.

Then I was very surprised that people whom I did not even consider to be close friends began to take concrete steps to help us. Their actions made me see them in a whole new light. They sat with my youngest child when I attended speech therapy classes with my older son. If I was busy all day, they would make us lunch and dinner. They invited us to visit them, so that we could get a little distraction from illness. As a result, I developed a closer relationship with these people. And those who did nothing to help us quickly became former friends. In addition, they themselves have disappeared from our lives.

4. The person doesn’t value your time.

Friendship ends when someone doesn’t value your time. I think everyone has people around them who do not value your time as much as they value theirs. Such people may constantly be late for meetings, or cancel them at the last minute. They often talk about how busy they are and cannot meet with you or help you in any way. Such people are simply selfish and love only themselves.

Many psychologists assume that those who are constantly late have low self-esteem. But their behavior does not justify this in any way. Therefore, I removed from my life friends with an overly high ego who were constantly late and did not value my time. Because time is the most precious thing we have. And we shouldn’t waste it.

If a person only takes, but does not give anything in return, then the friendship comes to an end. Because he uses you to get what he needs. And the relationship between you will never be harmonious. This also happened to me. I like children very much. And many of my friends often asked me to look after their children, and I gladly did it. But then I began to notice that they did not reciprocate and did nothing for me.

I am by no means a self-serving person, I really love just helping people. But in this case, I realized that they did not see me as a friend at all, but only as a nanny. Therefore, if your friendship is not mutually beneficial, and the relationship is not close to a 50-50 return, then this is not a real friendship.

6. The friend does not listen to you or take your advice.

We can be pleased when friends seek advice. But there are people who only seek to share their problems. Because it makes them feel like the center of attention, but they are not going to take our advice. I had a friend who asked for advice with her family troubles. For a long time, I gave her maximum help. But after she began to notice that her problems remained the same, and she did nothing to solve them.

Then I found out that she talks about the same problems not only with me, but also with many people. As a result, I realized that I was not a significant friend or specialist for her. And when I recommended that she turn to another specialist, she took offense and broke off our relationship.

7. A friend does not share your morals and values.

As we get older, sharing common values ​​and morals is imperative if we are to have a strong friendship with someone and build trust in each other. Without this, friendship comes to an end. I had a good friend at the university. And I thought that we would become friends with her for life. However, after graduation, I began to notice that my friend began to have relationships with married men. At first, I wanted to support her, and not express condemnation. But because of her values, she could not do this. As a result, our friendship ended.