Infantilism in men can manifest itself at any age. Some people define such men as immature, but this definition is actually incomplete. If you find yourself in a situation where you realize that you have come into contact with a man whose behavior seems not entirely normal, and he behaves like a child. It will be very difficult to build a normal relationship with him. And I don’t think he can make you happy.

Therefore, it is important to recognize the infantilism of a man in advance, before your relationship has gone too far. It is important to watch how a man behaves in different situations. And you should seriously consider whether you can count on such a man in difficult times, and what kind of father he can become for your children. 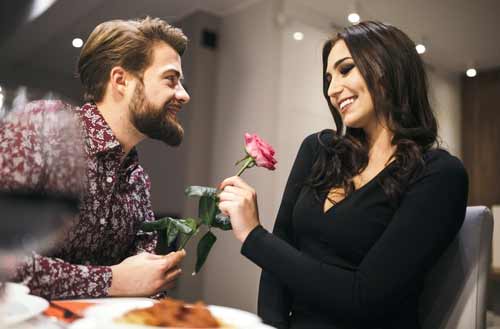 Who is an Infantile Man?

This is a person who is completely immature for his age. He is still raised by his parents and is not used to being independent. His parents are protective to the point that he cannot experience the natural situations that usually occur in our lives. He did not face various life problems, and has no experience in solving them.

As a child, his parents looked after him excessively. They helped him do his homework, bought whatever he asked. They got rid of various loads, whether at school or at home, and did all these things for him. But such an attitude towards the child slows down his development. Parents try in this way to make the child happy and protect him from various problems. But they often go too far. Although their intentions are good, the result is ultimately fatal to the child.

How infantility arises in men (an example from life)

The man I know well grew up in a home where his parents over-looked after him and cared for him because he was the only boy in the family. His older sisters were also overly protective of him and did all the work for him. And when he grew up, graduated from college, started a family and started working in a profession, he did his job just awful. The children loved him because he never punished them and raised them in the same way as his parents raised them. And although the teachers were opponents of such an upbringing, he still stood his ground. This man is physically large because he has absolutely no discipline when it comes to food. He eats too much sweets and does not deny himself anything. He has already been married twice, and his entire relationship ends in failure.

Undisciplined and uncontrolled behavior throughout his life led to health problems. He now has heart problems, kidney problems, and often shows signs of depression. And despite all his problems, he continues to bend his line, and ignores any advice and recommendations, both from friends and from doctors. This is actually a sad story, but it does a good job of demonstrating what happens when a boy is not properly raised by his parents. And boys whose parents allow them to be manipulated become immature men.

How to recognize an infantile man

Understanding how to recognize infantilism in men is one of the most important things you can ever do to protect yourself from unhappy relationships. So taking the time to learn all this truth is really worth the effort.

In fact, there are many ways how you can identify infantilism in men. And they demonstrate well that a person is simply not adapted to adult life. These are the signs:

In short, infantile men only think of themselves. He spends his life caring for his own needs and treats other people as if they owe him something.

What to do when a man is infantile

It can be difficult to deal with a person who has this personality defect. Especially if you’ve gone too far with him in a relationship. On the one hand, if you ignore what he says and does, then it will be difficult for you to build a normal life with him. On the other hand, if you try to change it and disagree, then quarrels and misunderstandings will begin to arise between you. So the best solution would be to simply give up this relationship. But if you are somehow connected with a person and want to help him. The best thing you can do is try to compromise on the most important issues.

For example, my ex-husband was completely undisciplined. He loved to spend all his money, and it even came to the point that he hid the things that he bought for himself. We both worked, but he used a lot more money than I did for his own needs. As a result, I opened a separate bank account in my name and we split our expenses. But we discussed it with him in advance. And when he ran out of money, I didn’t help him in any way. It wasn’t perfect, but it took away my frustration at its high costs. As a result, he agreed to spend less money on himself. And after a few years we became debt free, and that changed our relationship.

So what should you choose, compromise or withdrawal?

You can never completely compromise with an infantile man. So if you can’t do it, you don’t need to. If a compromise is not possible at all in your situation, then you need to decide whether you want to stay with this person or you better leave. It can be difficult at first to understand that a man is indeed showing signs of childishness. Therefore, you should always devote enough time when meeting men. And get to know the person well before building a family life with him.