Is there a sincere friendly relationship between a guy and a girl – this question has been of concern to both parties for many decades. During this time, the opinions of people were divided into two halves: some argue that everything is possible, others insist that this is just a cover for some personal sympathy, love. In this article, I will talk about friendship between a man and a woman and explain what the psychology of relationships says about this. 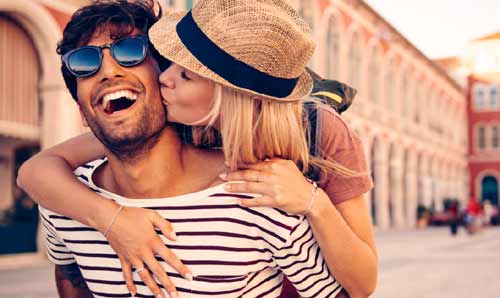 This is the name for a particularly close friendly relationship between two or more people, if they are based on trust, attachment to each other, common interests. It takes quite a long time for such a deep connection to arise, but sometimes at some point, loyalty and mutual help develop into strong love and affection, and this is not about sexual attraction, but rather about kindred. The main features of such a relationship are:

For the emergence of friendly relations, gender, age and other social differences are not important. In fact, everything is somewhat more complicated. Sexual characteristics are extremely important and it is much easier to establish contact, learn to trust and attach to a person if he is of the same gender.

Even if based on what is written above, the position of people can be divided. On the one hand, it is really easier for us to get to know each other and then find common interests with a representative of the same gender. On the other hand, trust between guys and girls, as well as affection and common interests, certainly exist, otherwise we could not build families. So who’s right?

Based on this, we can conclude that the friendly relations between guys and girls always walk on the edge of a knife. Yes, there really may not be an intimate relationship between them, but the beautiful half of humanity is arranged in such a way that if it starts to trust a man, it means that it does it completely. Emotionally, she becomes attached to him no less than to her own husband.

Representatives of the strong half, in turn, are arranged in such a way that they are not alien to some polygamy. This means they can feel an equally strong bond with several girls.

Friendship between a man and a woman: what is it in psychology

As for the official science, its position is not so categorical and rather agrees with the psychological fact that if there is no sexual connotation in a friendly relationship, then a guy and a girl can be friends without experiencing any special attraction. But it is recommended to use this opportunity only as a last resort, so as not to harm your real love affairs. After all, this will become an outright provocation of jealousy, aggressiveness and rupture.

There is also the possibility that something that started out as a simple friendship will develop into classic love over time. This is facilitated by affection, care, devotion, accompanying friendly relations. Here, the values ​​of partners, their upbringing, shared history and, of course, the presence of other sexual relations will also play an important role.

Why is a man friends with a woman

Why do we find such a complex relationship, if it is much easier to communicate with members of the same gender, without risking ruining the love affair? The reasons may be different, but most often this communication makes it possible to find such personal qualities and relationships that are not characteristic of representatives of their gender. Women know how to take care of their girlfriends especially strongly, to empathize with them, while guys prefer not to show tender feelings in public. And if a representative of the stronger sex wants to get support, it should be looked for in a female company.

In turn, men know how to show strength, stand for each other and their loved ones. If the fairer sex wants to get “brotherly” support, they turn to their boyfriend friends. But love relationships always play an important role. If they are, then in most cases it is they that give the necessary feelings and emotions. Children’s friendship is worth highlighting as a separate line. It looks more like a typical relationship between representatives of the same gender or a bond between a brother and sister.

Is there a friendship between a man and a woman: in what cases is it possible

There are situations when a guy and a girl can really be friends, without any sexual connotation in the relationship. These include:

In any case, the personal qualities of the two partners, their values ​​and desires will play a key role.

Yes, this option is certainly possible. But do not spoil the relationship because of simple speculation, when you can find out exactly what lies behind friendly conversations. The obvious signs of sexual desire can be:

In fact, it’s not hard to figure out how your friend feels about you. It’s just that some of us don’t want to notice the obvious and lose a loved one.