Largely thanks to the media and television, various myths have arisen about men who want women to believe in. But many men, in fact, are completely different than they are imagined. Many of them are able to truly love, be romantic and kind people. Therefore, in this article we want to debunk the most common myths about guys.

Myths You Should Know About Men

1. Guys have no feelings

For several decades, they have been releasing films and series with the participation of courageous men, with the help of which they try to show that guys have no feelings. In fact, many men are looking for their soul mate in life and strive for love, hugs, romance, friendship and support. Many guys are often emotional and aren’t afraid to show their feelings. They are, by and large, straightforward. They can take offense at a lot, and do not always restrain their emotions. 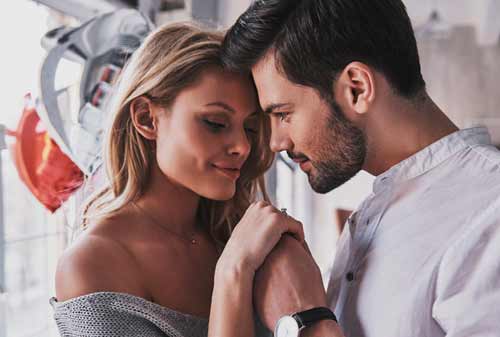 Men also share their feelings quite often, only they do it in a different way, unlike women. As a rule, guys only share their problems with someone they really trust. So there is a good chance that your man will be honest about his feelings with you. Just don’t expect a “Shakespearean monologue” from him.

2. They only want sex

Myths about men associated with intimacy and physical intimacy are the most common. After all, there has long been an opinion that men need only one thing from women. In fact, not all men are like that. Most men are looking for a fulfilling relationship with the woman they love. And if you want to find a man who really wants a serious relationship, then give up these thoughts.

Behave yourself appropriately. Wear your dress in moderation. And if a man does not incline you to physical intimacy after the third date, you may be surprised to find out after what kind of gentleman he really is. The problem is that our culture has convinced everyone that sex is more important than relationships. But this is not at all the case. So be honest with your man about the kind of relationship you want so he doesn’t feel the need to seduce you.

3. Men are less romantic than women

Myths about men associated with love and romance are also quite common. Therefore, many girls think that guys are not capable of romance. But research has shown that they are actually more romantic than we think. This study required men and women to answer questions related to the different beliefs that make up the romantic belief scale. And although it is difficult to believe in it, men, on average on the scale of romantic beliefs, were ahead of women by about 3 points. So the next time you catch yourself thinking guys aren’t romantic, think about it again.

4. Guys are afraid of commitment in a relationship.

The point is that commitments for men and women have a slightly different meaning. Commitment for men does not mean that he has to leave all his friends and obediently spend time with you. Or call you every hour to ask how you are and what you are doing. Commitment doesn’t have to mean that you are now in control of his every move. If you try to do this, then such a relationship will be doomed to failure.

5. They are inattentive and poor listeners.

First, they are human too. Secondly, they do a lot of physical work. Therefore, they get tired pretty well. Men, just like women, are often stressed, or just want to think about something else. They don’t want to dismiss you in any way. It’s important to understand that guys usually speak quickly and concisely. Therefore, if you want to keep their attention, try to speak their language. Don’t repeat the same complaints every day, and don’t always expect an immediate response.

6. For them, only physical attractiveness in a woman is important

This is directly related to the misconceptions that many women have about men and sex. Yes, men really want their lady to dress sexy and look attractive. But they also understand that not every woman is capable of looking like a super model. There are many other things that are more important to guys than a woman’s looks. They also want mutual respect, attention, love and care. So relax, and don’t worry too much if you have a couple of extra pounds. If he says, “You look great,” then it really is.

7. They don’t care when you cry

It’s not that men don’t care when their girlfriend cries, it’s just that most don’t know what to do about it. Try to explain what you need (hug, kiss, talk, or want to spend time alone) instead of hoping that he will figure it out. Most guys just don’t have the emotional tools to deal with it easily. And they don’t understand what their girlfriend wants when she cries. So why not talk about it? “Look, I’m crying because my good friend just left an unpleasant message and wants to break up. So can you please hold and hug me, and then we go to dinner? ” This way you will give him a way to help you.

8. Men don’t care about their appearance

The myths about men that they don’t care about their appearance are also quite common. While keeping fit and good looks is just as important to some guys as it is to some women. Many guys like to dress well and take good care of themselves. Think about the ads you see all the time. In addition to stereotypically handsome women (a toned belly, loose hair, etc.), they also feature stereotypically handsome men. So they are not as messy as you might think.

This is completely stupid. Who doesn’t like hugging? Especially with a loved one. Sure, guys may not like hugging in public, but most of the time this is due to their shyness. But in a different situation, they can behave very differently. People with intimacy issues may also dislike cuddling. At least until they feel comfortable in the relationship. Therefore, it is important to respect the boundaries and feelings of people.

10. They don’t try to understand us

As I said earlier, guys are not very good at things related to emotions and feelings. But this does not mean that they do not want to understand and support their partner. And if you want a man to understand you better, then you should talk more about your feelings. For example, “I am angry with you because you spend too much time playing computer games and pay little attention to me.” This will be much more effective than just taking offense and causing scandals. Plus, as a result, you will stop believing in such myths about men.

11. He is more interested in work and friends than in me

Just because a guy is focused on his career doesn’t mean he stopped caring about his lady. You just need to understand the reasoning of men. They want to work hard in order to be able to provide for themselves and their loved ones. Therefore, it is difficult for men to understand when women say that relationships are more important to them than career.

And move away from the assumption that your position is morally superior. Each person invests a lot of time and energy in building a career, and he has the right to do so. After all, when you met this person, you knew that he had many goals, ambitions and drive. And if your relationship really faded into the background. Then learn to rejoice at his success and career advancement. And when he sees your support and care, he will definitely return to you.

I quite often hear such phrases: “When we first met, he liked to do a lot of things with me, but now he constantly makes excuses that he does not have time!” – as I said, men are episodic. Plus, they enjoy working hard and staying focused on their goals and plans. Many men want to be part of something big. But this does not mean that he stopped loving you. It simply means that you need to adapt to his new lifestyle, or find yourself a new partner.

What’s the big picture here? You certainly don’t need to accept the way men are portrayed in the media, on television, on social media, and so on. Don’t let common misconceptions influence your opinion and perception. And you shouldn’t make hasty conclusions about a person based on rumors or previous negative experience. After all, every person is different. And if someone lacks some personal qualities, or he does not satisfy your needs, this does not mean that everyone will be exactly the same.