Recently, passive aggression has become quite common in our society. Therefore, there are several important things to understand about passive-aggressive people. First, they are inherently evil enough. Secondly, they are afraid to outwardly show their anger, and they keep everything to themselves. The passive-aggressive personality has many problems that are difficult for her to cope with. This causes an internal conflict within the person, as anger and resentment must manifest. And these people restrain themselves from openly expressing their emotions. Thus, their only choice is to let the anger and anger go out without other people seeing it. 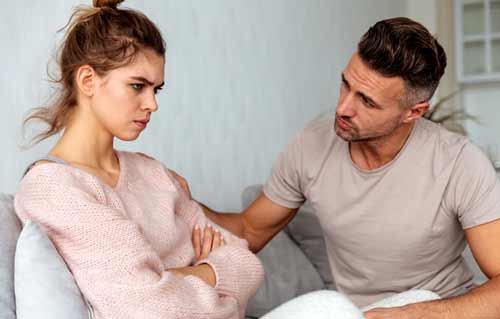 But this behavior creates many problems, both for the person himself and for the people around him. Therefore, it can be difficult for you to deal with someone who does not want to take any responsibility for their feelings. It is better for him that the blame lies with everyone else, and he feels like a victim. Passive aggression leads to the fact that a person loses touch with their true feelings. Not only with feelings of anger, but most other feelings as well. He simply cannot be happy because he is cut off from his emotions. And so it behaves in a hostile way towards other people.

Passive-aggressive people tend to look for kind and gentle people. They can easily manipulate them. On such people, they can freely show their passive aggression, and behave the way they want. You may find that they become overly sensitive to the things they talk about all the time. They don’t take responsibility for their own feelings. And they show resentment towards those who give them advice or try to help in some way.

These people are often gloomy, moody, and dull. They are pessimistic about various things. In all likelihood, they grew up in a family where their feelings were closed, and their parents did not pay enough attention to them. And since they did not have a healthy outlet for expressing their feelings, such people stopped trusting someone. They are afraid of becoming dependent on someone and want to feel completely free and independent.

Why it’s hard to deal with a passive-aggressive person

Any business with a passive aggressive personality ends in failure. Such people want to appear useful. But when it comes to completing tasks, they somehow fail to do it. They try to show themselves only from the good side, but their hidden aggression does not allow this. These people usually do not have good communication skills because they try to avoid confrontation and conflict. However, in some cases they can be welcoming. But when it comes to something serious, they become closed and aggressive.

The first thing to do if you are dealing with such a person is to understand that in a passive-aggressive person this anger has its origins in childhood, due to his difficult relationship with his parents. Therefore, you do not need to take too personally what he says or does. It is only important not to let such a person establish control over you. And not to respond with anger and anger to his passive aggression. After all, such a person takes pleasure in what annoys you. Therefore, if he does not see a response from you, he may stop showing his aggression.

Passive aggression does not accept a calm attitude. So it is very important for you to remain calm when dealing with a passive-aggressive person. Try to keep your emotions in check. Because the less you react to aggression, the more psychologically stable you will be. Thus, you will not be subject to their manipulative actions.

Be direct and persistent in your actions with a passive-aggressive personality. Just try to refrain from quarrels and conflicts with such people. If he lures you into quarrels, then you will feel like a bad person. When interacting with such people, as we discussed earlier, it is important to stay balanced. This may be your only defense against a passive-aggressive person.

Because such people have a habit of forgetting to do something or keeping their promises. Then you can ask them to express their consent in writing. So this is proof that they made a commitment. This is especially useful when working with passive-aggressive employees. Passive aggression is a psychological problem. You can encourage these people to communicate well. But if you don’t succeed, then it is best to see a psychiatrist. Through professional counseling, they can learn to express their thoughts and feelings more openly. And feel safe. Most passive-aggressive people will not go to treatment on their own. They usually don’t realize they have a problem.

Many people believe that the only way to deal with a passive-aggressive person is to simply accept them. But relationships with these people are complex and burdensome. Their problems and passive aggression will pull you down. And you should consider whether it is worth it? Such a person has no incentive to change. Because they think they are doing well. But as a more aware person, you become caught up in their actions, false promises, and misbehavior. It’s an unhealthy way to have a relationship, but it’s everyone’s personal decision. Which is best taken with the greatest possible awareness of the situation in which you are with this person.