Self-centered people are easy to recognize, but it is really difficult to communicate with them and find a common language. They mostly like to talk about themselves and can be quite dismissive of other people’s point of view. The egocentric person is consumed with his grandeur. He looks down on his friends and relatives with a sense of superiority, which is often manifested from the position – “I am better than you.”

This type of person is identified by other people as unpleasant and annoying. We have all dealt with this type in our personal relationships, short acquaintances, at work and elsewhere. Below are some of the most annoying behaviors of such people. You may have experienced some or all of these behaviors. 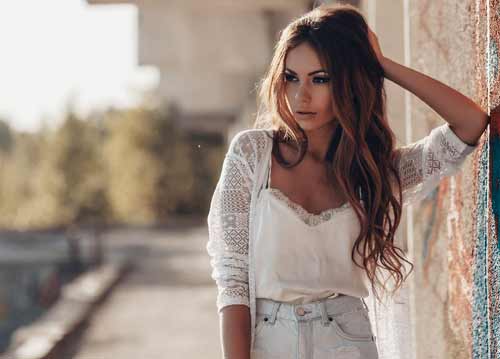 What is the difference between an egocentric personality and an egoist?

In most cases, the egocentric person thinks only himself is right. He has no desire to listen to another person and accept his point of view. Egoists, in turn, put their own needs above all else. They don’t think about other people. For them, only their own well-being matters.

Annoying behavior of a self-centered person:

When we focus only on ourselves, our contacts with people are reduced. As our concerns and concerns become more and more significant to us. But when we think more about friends and loved ones, our world expands as a result.

Self-centeredness and its roots in narcissism

What makes self-centered behavior so annoying to others is that it indicates a complete disregard for the other person’s opinion. One gets the impression that an egocentric person cannot devote even five minutes to listening to the opinion of his interlocutor. He tries to draw attention to himself as quickly as possible in order to express his point of view, which, in his opinion, is more correct.

This behavior is rooted in behavioral or personality traits that affect how a self-centered person approaches their environment and interacts with others. These traits fall under the definition of a narcissistic personality, which may include a diagnosis of a personality disorder. This can lead to behaviors that affect a person’s inability to have healthy social interactions and close personal relationships.

Narcissistic personality disorder is said to be possibly the result of an overly indulgent parenting style. As a result, in adulthood, a person develops:

Unfortunately, it is quite difficult to try to somehow deal with such people, whose behavior is most likely associated with inherent personality traits that cannot simply change. Many psychologists are well aware that most personality disorders are difficult to treat. Therefore, many people can only endure the annoying behavior of those with whom they communicate in their personal lives, at work or in public places.

But, there still needs to be some way that you can successfully deal with the annoying behavior of people. Below are some suggested approaches to dealing with annoying situations.

Remain calm when dealing with a self-centered person, and don’t be manipulated.

How to deal with self-centered people

If you still cannot avoid contact or communication, then try to ask him questions that have nothing to do with this situation.

If you realize that you have similar character traits that are inherent in selfish people, then getting rid of them will take a lot of effort. And naturally, this takes time and your desire to change. You can start by putting yourself in other people’s shoes. These can be your loved ones, work colleagues, supermarket sellers, and so on. Think about how they feel when their opinions are not taken into account or taken seriously. How would you feel if you were treated this way?

This method works great in business. When you need to connect with someone, close a deal, or get a job. When you put yourself in the other person’s shoes, the result is a better understanding of their desires and feelings. You can get along much better with him. Also, remember to show a genuine interest in people. And also be an attentive listener and a pleasant conversationalist.