Thinking about giving your guy a second chance? Since he says he has changed and now everything will be different? If you really still have certain feelings and miss him, then we recommend that you familiarize yourself with specific situations. When should you accept the guy’s apology and give him another chance. 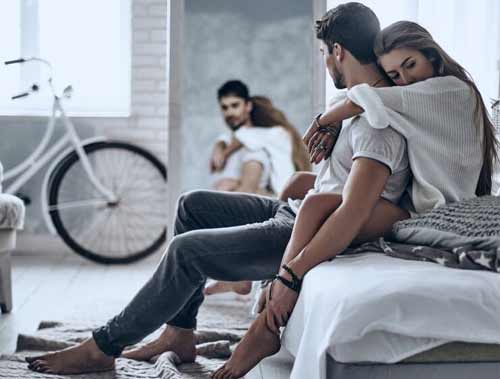 1. Your heart talks about it

Many decisions in our life are made based on feelings and instincts. And if, in this case, your heart says to give your ex-boyfriend a second chance, and you can’t think of a good reason not to do this, then you should listen to your feelings. Sometimes you have to listen to your instincts and do what your heart says. But whether you really made the right choice, or all the same, the relationship with this person will lead nowhere, only time will tell.

2. He is waiting for you, even if you made the decision to break up

The guy who waits for the girl to change her mind despite being dumped is the guy who really loves you. If you are in a similar situation, then think carefully, maybe it really makes sense to give the relationship a second chance? Because there are not so many such men now. And in the future, you may regret not giving him a second chance.

3. Your friends think you should be together again.

The fact that friends say to give your ex-boyfriend another chance means a lot. Close friends may see your relationship from a different angle. Perhaps there were too many quarrels and conflicts between you earlier, but the spark of love is still there, you just do not see it. Ask your friends why they think you should be giving your guy a second chance. Sincere conversations with your best friends should give you a fresh perspective on the situation. Perhaps their words will help to better understand that this relationship really needs to be preserved.

4. He is ready to improve

Should a guy be given a second chance? It all depends on you. But if you see that he begins to change, he is ready to work on himself and correct past mistakes. For example, suppose you broke up because of his habit of rarely answering your calls and he was spending little time with you. But if now he promises to change, become more attentive, and spend more time with you, then you can reconsider your position. Just think carefully about your decision before bringing the person back into your life. Talk to him sincerely, look him in the eye, and try to understand how much he is really interested in correcting past mistakes.

5. You had a mutual and friendly breakup

Breakups like this don’t happen very often. Because rarely do couples mutually agree to part without enmity, quarrels and conflicts. And you might find yourself in a really tough situation if you’ve had a similar breakup. But after a while, this guy reappeared in your life. It will be a tough decision, but you must remember that you did not have any major problems or conflicts that led to an abrupt breakup. And if again something does not suit you in the relationship, you can break up again, just like the first time.

6. He is ready for serious relationships and commitments.

Guys who turn down commitments often lose their love. Because any woman wants to see in her man a future husband and support for the family. And she can be very disappointed if a man refuses to fulfill some obligations, or has no plans for a further relationship. But if now he has changed, and promises to be different, then you should think carefully about whether to give the guy a second chance. Alternatively, you can ask him a few questions to help him make the right decision. Ask him the following:

7. You broke up due to stupidity

Gaps between a man and a woman are often caused by silly situations that are bloated out of the blue. Think about why you actually broke up? Perhaps this was due to a mistake that could be easily corrected, or it could have been completely ignored? And if your breakup was caused by something insignificant. And it doesn’t really matter to both of you. Then you can quite safely give the man a second chance.

8. You really regret leaving him.

As weird as it sounds, there can be many reasons why you regret dumping your boyfriend. Perhaps you are too impulsive person, made a rash decision, and did it on emotions. Either at some point you just wanted to take a break from each other, so you decided to leave, but now you regret your decision. So if you feel that you broke up for frivolous reasons, but the guy still wants to be with you. Then stop sitting and thinking whether to give the guy a second chance, but rather accept his offer.

9. You really love a guy and want to be together

Love is the most powerful human emotion on the planet. And the pain of parting prevents people from moving on and enjoying life. Therefore, if the feelings between you have not cooled down, you can give the guy a second chance. Just before that, ask yourself the following questions:

If you answer yes to these questions, and still love him, then stop thinking about whether to give the guy a second chance. And just take it and do it boldly.

10. Both of you have changed for the better.

Don’t agree to give your ex a second chance just because he claims to have changed. Even if he really got better and corrected his mistakes, it won’t be enough for your relationship to flourish a second time. You both have to change. So think the same about yourself. What do you need to do now to give the relationship a new lease of life? Talk to your loved one about this. In order not to repeat past mistakes in the future.