Times are changing and already any relationship in a couple, except for traditional ones, has ceased to cause violent censure and bewilderment among the public. Modern families often deviate from the classical model, and stick to a more convenient option for them. And although many people continue to condemn free relationships, today this format is very popular.

Many people tend to think that an open relationship is synonymous with sex without commitment, however, this is just a socially imposed stereotype. The couple decides for themselves what this format means for them, they independently determine the boundaries and rules. In each case, the obligations and rights that the partners follow are individually established. They may differ from generally accepted moral and ethical norms, but they are in every pair. 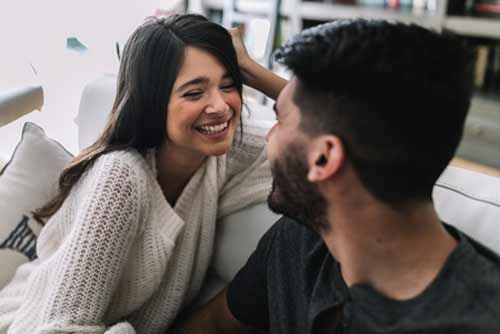 What is the meaning of a free relationship

Free relationships are a model of behavior between a woman and a man, in which partners realize that they are satisfied with being together, but for certain reasons they do not want to burden themselves with serious responsibility.

People in such relationships do not make claims, demands, and are not jealous. Spouses have the right to do what they want. Even communicate with members of the opposite sex, start a sexual relationship on the side, if this does not exceed the boundaries of the agreement.

Giving preference to such a model of behavior, it is necessary to establish certain conditions on which the relationship will be based. Thanks to this, you can avoid misunderstandings and quarrels, and also make life together easier. Psychologists recommend discussing the following aspects with the chosen one:

Having established specific rules, a guy and a girl will be able to roughly imagine what their union will look like. Awareness of the issue will make it possible to see the merits and demerits before starting an affair with the person you like without serious obligations, which, as a rule, are marriage, fidelity, the birth of heirs and care in any life situations.

Pros and cons of free union

Only a brave daredevil can dare to agree to a novel without obligations, since in addition to advantages, there are also significant disadvantages in the form of relative freedom. If the essence of such a relationship is contrary to the beliefs of one of the partners, then this can become a significant obstacle on the path of a married couple. It often happens that women and men disagree at the stage of setting boundaries.

The negative aspects of such a relationship, which have no prospects, may appear much later. Often, after long-term communication, one of the members of the union realizes that he needs stability. In this case, there are two options for the development of events: disperse or change the rules.

The virtues of a union without burdensome obligations convince both sexes to seriously consider rethinking love relationships. Main pluses:

Many people mistakenly believe that only representatives of the stronger sex see advantages in an open relationship with a partner, and for passions they are unattractive. However, self-sufficient and self-confident girls often become the initiators of such an alliance themselves, believing that only deep and conscious feelings can become a reason to stop at one guy.

The public in most cases continues to condemn the supporters of free relations, believing that such unions are immoral and go against the norms of ethics and morality. Opponents of such an alliance give their arguments:

It is necessary to realize that any disadvantages and advantages of free love are subjective. The success of a marriage depends on the characteristics of temperament, worldview, worldview, principles.

Men are naturally polygamous, so the format of such a family is very attractive for them. What does the sw format mean for the stronger sex?

First of all, this is the ability to cheat on a companion with impunity. But there is a catch here: the young lady also has the right to treason within the framework of this model of marriage. And here, in the head of the family, another natural feature manifests itself – individual peasantry. The feeling of jealousy takes its toll, although in fact there is no obligation to each other.

These male characteristics are often forgotten when choosing this format of relationships. There are many pitfalls here, including jealousy, a sense of the presence of an opponent, and time constraints. In fact, it would be a mistake to think that a guy is able to withstand this kind of love for a long time. He will still go to a new passion, more conservative in views.

Women are more monogamous than the stronger sex. Of course, recently the feminist movement has been gaining popularity, however, it could not moderate the girls’ desire to get married. What does this term mean for beautiful young ladies? Why do they agree to this? Psychology identifies several main reasons: