The concept of early marriage is not that long ago. After all, if we turn to historical facts, then we can immediately recall the very young princesses who were married off, rather, to a crown, and not to a prince. The same customs were also among the poor population, trying to improve the status and position of their family at the expense of beneficial kinship. Early marriages are also less talked about now. When young people are more and more guided in life by the principles of developed European countries. And there, just in time, they treat the creation of a family very responsibly and are in no hurry to tie the knot without a certain support and base in the form of education, a successful career, their own housing, a car and other benefits that will protect the new cell from unnecessary financial problems. Early marriages were most popular at the end of the last century. This can be logically explained by the growing emancipation among women and freedom of relations, which have become massively declared by Western films that have flooded TV screens. Wanting to keep up, our youth also hastily began to try to change principles and foundations. What is just an open discussion of sexuality, despite the fact that, as they said, there was no sex in a big and powerful union. The desire to become adults faster, to surrender to completely overwhelmed passions in the complete absence of appropriate sex education has become almost the main reason for early marriages. 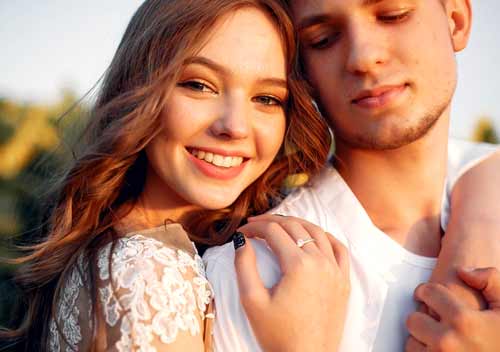 Today, early marriages are also widely found in our country, and even more so in countries with higher religious traditions, allowing everything to be decided for the children, and with lower moral values. Let’s figure it out together whether such alliances are so bad.

What kind of union can be called early

For a start, it’s a good idea to more clearly define the boundaries of the concept itself. From the point of view of jurisprudence, an early marriage can be considered to be entered into by underage adolescents. In many countries, there are age discounts for marriage in the presence of special circumstances, the most common of which is an unplanned pregnancy of the bride-to-be. The public is disposed to refer to early marriages and the age of up to 20 years. And the argument in this case is the couple’s unpreparedness for a serious relationship – psychological, physiological and material. True, in this case and from this point of view, many marriages concluded even after 30 years can be safely attributed to this category, more meaning by the word “early” not young in age, but immature. Such marriages look even earlier compared to the deliberate decisions to create a family for couples after 30, with a solid baggage of their own achievements and a willingness to devote themselves to harmonious relationships.

Since both minors and adult partners can be attributed to early newlyweds, the reasons for such sudden marriages may be different.

Minors are more often brought to the registry office by the following factors:

In addition to the above, early marriages between the ages of 18 and 20 include a number of other reasons:

The disadvantages of early marriages, first of all, are:

Of course, many of the shortcomings apply to some extent to all marriages. In addition, one cannot fail to note the advantages that early unions can carry:

The consequences of marriages between partners that are too young

When talking about the consequences of early marriage, you need to objectively assess all the factors. Young age can serve as a guarantee of good health and flexibility of character, necessary for grinding partners in the beginning of life together. At the same time, too early sexual activity and childbirth before the age of 17 can be dangerous not only for the girl’s health, but also pose a direct threat to her life. A young family can also influence the development of personality in it in different ways. Some, under the weight of problems, drop out of college and struggle with poverty all their lives. On the contrary, such conditions stimulate others to self-improvement and to discover new facets of their knowledge. One thing is for sure, if the young husband and wife do not try to hear each other, they will not be able to be happy, and soon their marriage will end in divorce. A kind of guarantee of a harmonious family life can be counseling with a psychologist who will deal with the problems of a young family and help find their right solution.