How to identify signs that a person is bragging? I think you noticed a habit of regularly talking about yourself or your friends? This is just one thing that indicates that a man or woman is bragging and trying to get attention. Below are even more clear signs that someone wants to show off or show off.

Why does a person brag?

As a rule, guys and girls do this because in this way they want to gain recognition in society and increase their ego. In most cases, people who are insecure brag. And by bragging, they are just trying to boost their self-esteem. Another reason for bragging is trying to hide your flaws. Therefore, we flaunt some of our material things, and just “throw dust in our eyes.” So that our friends and acquaintances do not see who we really are. 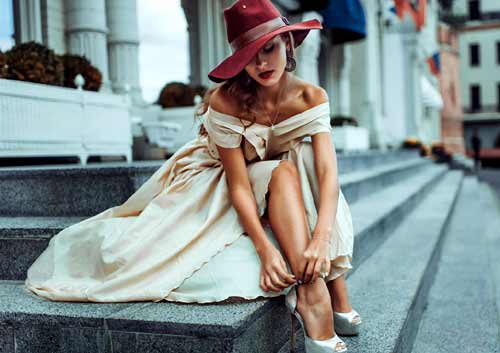 Several signs a person is bragging about:

1. During a conversation, he turns his attention to himself

For example, this happens when a group of people are discussing a piece of news. And suddenly someone from this group instantly switches the conversation to another topic, and talks about what is more important to him. Of course, not every conversation can be of interest to absolutely everyone. But if you don’t listen to what your friends and acquaintances are saying, and focus only on what needs to be said to you, then as a result you will become a person with whom few people will communicate. Because you will be considered a braggart.

If a man or woman does something that is not to their liking, just because it is cool, then they do not have their own opinion, and thus they want to stand out and appear better. For example, when you buy the latest iPhone with your last money, just because it’s cool. Or you start to engage in a new hobby, although you are not particularly interested in it. You take these steps to show off and look your best in the eyes of others.

Stop doing things that are not interesting to you. What everyone else is doing doesn’t mean that you also need to go after them. Have your own opinion, and listen more to yourself and your own desires.

3. He / she publishes a lot of photos on social networks

Social networks are designed to communicate with friends and share useful information. But many of us began to use them as platforms where we can show off our new dress, car, expensive vacation, our new passion, and so on. You don’t have to pretend to be a person you are not. You don’t have to look at celebrities and try to copy them. It’s one thing to have an interesting and engaging social media profile. But if your profile is filled with a list of your accomplishments, talents, and modeling photos, then you’re just trying to show off and please others.

4. He / she constantly shows off his / her latest purchases.

The next sign that a person is showing off is if he constantly talks about his purchases to friends, acquaintances, relatives, or again on social networks. By doing this he is just trying to show off. After all, other people may simply not be interested in knowing about your new purchases. Plus, bragging about your expensive items can make people you know and loved feel like a failure. So whether it’s the latest phone, a new pair of jeans, or a fancy car, you don’t need to flaunt it.

5. Trying to get compliments all the time.

The next sign that a person is showing off is when he leads a conversation in a way that makes the other interlocutor unwittingly compliment him. It has long been known that braggart people love to be the center of attention. They like it when their egos are filled with praise and compliments. And if you are one of those people, stop asking friends questions that make them respond with a compliment and nudge them to say flattering words to you.

6. He looks down on people

Perhaps you unwittingly look down on people who don’t have what you have. Or you do not have a desire to communicate with people of lesser status than you. Think if you think the guy who owns a cheap car or some gadget is less successful than you? How do you feel about poor people? If you “look down on them”, and do not have much desire to communicate with them, then you subconsciously consider yourself to be better. Learn to respect all people. Regardless of their status in society and achievements in life. As a result, it will be easier for you to build relationships with people, and you will have a lot more real friends in your circle.

7. Keeps talking until someone stops him

People who like to show off tend to love the sound of their own voices to the point where they can completely lose focus of what is happening around them. They may not even notice how long they talk, and that their stories are not interesting to anyone. It’s okay to share interesting things or tell friends about your latest accomplishments. But if you talk too much about it, and do it until someone stops you, then most likely you will be perceived as an ordinary bouncer.

A person shows off in those cases if he constantly talks about insignificant things to his friends and acquaintances. It’s one thing to flaunt a new Ferrari, and it’s another to show off a smartphone or some kind of accessory. After all, it is known that men and women who love to show off love to talk about every detail of their lives. Moreover, if no one asks them about it.

9. Constantly talks about his boyfriend or girlfriend

It doesn’t matter how good your romantic partner looks. But he or she is not a trophy that you should flaunt. So what if you are constantly praising your girlfriend or boyfriend. If you take him or her uninvited to a party, or compare to other people, then you’re just trying to show off and show that other people are less successful in building relationships than you are.

10. He / she feels hurt or humiliated when others are bragging about something.

How do you feel when your boyfriend or girlfriend is showing off their expensive smartphone all day, or talking about their new boyfriend or girlfriend? Do you feel humiliated, hurt, or, on the contrary, happy for the person? If you chose the former, it is possible that you yourself enjoy flaunting yourself. And when someone else talks about their successes or achievements, it makes you very angry and unnerving.

People who continue to brag unnecessarily are usually ridiculed by society. Their boastful behavior is not taken seriously, and no one likes such personalities. In addition, it will be difficult for them to build successful relationships in society and find real friends. Therefore, get rid of negative habits of bragging about your achievements and flaunting material things. Better to let these achievements warm your soul and cheer you up than other people will discuss them.