Has your relationship with your man deteriorated lately? As a result, you understand that the man is moving away, but do not know how to behave? When this happens, many women immediately start to panic, create scandals and conflicts. By doing this, they harm the relationship more and worsen the situation.

This is due to the fact that women in their essence prefer to express feelings through communication. Women like to talk when they don’t like something and to discuss any problem that arises. Unlike men, who keep everything to themselves more, and prefer to do rather than speak. And when a man has any difficulties or problems, he prefers to solve them alone. They believe that sharing their feelings excessively will diminish their masculinity. Therefore, they behave in a similar way. 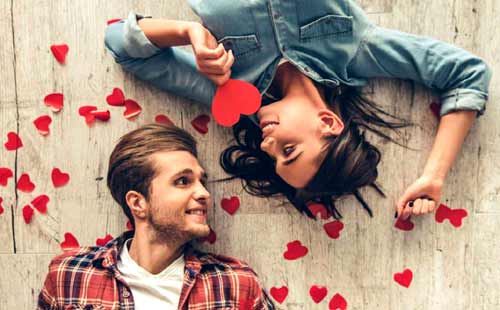 Reasons why a man is estranged

A man wants to have the right to freedom. He wants to be able to go about his business, relax with friends, sometimes he just needs to be alone. This is normal. This is done not only by guys, but also by girls. We want to be able to do our hobbies, hobbies and what we like. This is a common normal desire, and it does not apply to cheating or infidelity.

2. Due to problems at work

When a man has problems in his career or in business, then as a result he moves away. He becomes ill, he does not like himself at this moment, not to mention close people. He now needs time to figure out everything, so he is focused on a specific task, and now he has no time for love and romance.

3. You become less attractive to him.

This usually happens in the early stages, when you just recently met. Perhaps he is married, and he saw you as a mistress. And when he got what he wanted, he decided to distance himself. Perhaps he stopped liking you as a girl and became less attractive, or the man saw your flaws and realized that you were not on the way. You turned out to be not his type, so the guy decided to distance himself. Unfortunately, this happens quite often in the modern world.

Guys have several basic needs, some of which are the need for physical intimacy, freedom and privacy. Therefore, just like women, there are cycles and critical days, the same is true for men, only it manifests itself in a different form. They want a little freedom and privacy. Men want to feel independent at times. It is important for them to have freedom and space. Sometimes they just need to be alone with their thoughts in order to reboot and gain inner strength to work and achieve success in life.

How should a woman behave, and what to do if a man moves away?

1. Look for the reason in yourself

If an isolated incident happened to you, that is, before this was not the case for a man to move away, then it’s okay, just leave him alone and move on. You will also find your soul mate. But, if the situation repeats itself on a regular basis, then you need to understand yourself. Analyze all the times when men left you. What are the similarities between them? What did you do wrong? Learn to learn from and learn from past failures. This way you will learn to establish longer lasting connections and will have a better understanding of what to do if a man decides to distance himself.

Firstly, when a man moves away, there is no need to pressure him, they hate when women ask too many questions. Because they know that additional questions will follow. Therefore, do not demand answers from him now. If you do this, he will perceive your pressure as attachment. As a result, it will move further away from you. Affection and excessive neediness – do not like the stronger sex. Therefore, stop bothering him during this difficult period, otherwise he may leave you forever.

3. Give him some freedom

Yes, I know this situation drives you crazy when a man is silent, does not want to talk, or is angry about something. We assume the worst, and we fear that he may completely lose interest in us. But for now, it’s better to calm down and stop panicking. Understand that men need to be given some freedom and time to be alone from time to time. Let him deal with his difficulties. Because, as we said earlier, they love to solve problems alone. Therefore, be a wise woman, and give him time to think things over and figure it out. After a while, he will come to you and explain everything in simple words.

If you see a man moving away, try talking to him anyway. Say the following: “Dear, if you want to be alone or to get some rest, you just tell me so that I don’t worry.” Talk to him openly. Show that you are not indifferent to his condition, but also show that you are not going to put pressure on him, but are ready to give him the opportunity to be alone at any time. When you talk so openly with a man, he will begin to respect you even more. Because you are essentially showing an adult and wise attitude. And due to this, you will have a more mature and harmonious relationship.

Because men often leave because of the feeling that a woman smothers them with her attention, and does not give a minute of free time. This behavior is often seen in women who are insecure. They are afraid of losing their partner and become very attached to him. Than create unnecessary problems. Do not do this. Learn to respect a man’s boundaries and give him some freedom when necessary.

At the same time, you can also ask him for an opportunity to relax. After all, solitude is needed not only for men, but also for women. Therefore, learn to give each other space and take it easy. Learn to trust each other, then your relationship will be long and happy.