Recently, my friend came to me and we started a conversation about why a woman needs a man. The fact is that her 68-year-old mother started a serious relationship with a man, 12 months after her husband’s death. During their life together, they had frequent quarrels and disagreements. Her mother said that her father was always a grumpy and negative man. Therefore, my friend was surprised by the fact that her mother gave up a free life and started a new relationship. She took this step deliberately and, according to her, everything is going very well for them. 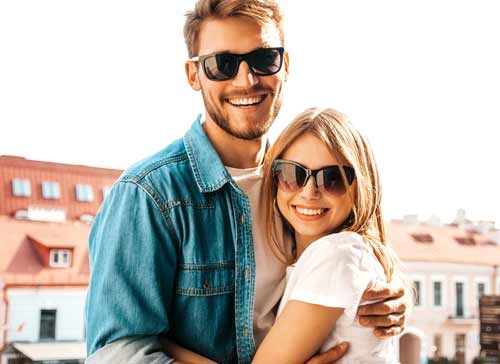 In fact, I often hear situations where a girl quickly finds a new partner after an unsuccessful relationship. This is due to the fact that we want to feel support from a man, love and be needed. These are certainly not all the reasons why a woman needs a man, but some of the main ones. One friend of mine divorced her husband after 10 years of marriage. They also had a difficult relationship, but after a month she found a new boyfriend. She was completely focused on finding a new relationship partner. Since without a man, she felt completely useless and unhappy. Although she had many friends and acquaintances with whom she could communicate and have fun.

I think you also know a lot of women who would rather have a boyfriend than be single. Girls may be unhappy with their dependence on men, but there is nothing they can do about it. This is definitely by nature and it is not surprising that many women feel obligated to have a relationship partner they can rely on. Let’s take a look at a few more reasons why a woman needs a man. I think there will be yours among them.

1. It was definitely historical

During World War II, women had to go to work in factories and factories, due to the fact that all men were accepted into military service. Although until that time, their responsibility was to play the role of wife and mother. In those days, it was difficult for women to get education and high-paying jobs. Therefore, they were financially dependent on their spouses. If the girls were doing something outside the home, then this did not bring good earnings. Over time, women began to achieve success in such professions as lawyer, doctor, physician and many others. Now many women create their own business, they argue that they want to be independent.

2. They don’t want to be old maids

The goal of most women, regardless of class, is to marry the right man. Marriage for us is a great joy, and without it we cannot imagine our existence. If a woman cannot find a spouse, bad conversations begin behind her back. A girl’s desire to create a successful career can be commendable, but it can negatively affect her personal life. Being overloaded with work will not allow her to be happy and she will not be able to spend enough time with her family and friends.

During women’s rallies, the media show rudeness and ignorance on the part of the girls. Such character traits do not adorn the fair sex and many women try not to have them. Single women are often assigned these qualities, due to the fact that there is no young man next to them and they do not attract attention to themselves. A man prefers to see a pleasant and gentle girl next to him who will appreciate and respect him.

4. Lonely girls are not capable of much

When I was in school, there was practically no information in our textbooks about women who left their mark on history. Because of this, we got the impression that women are not capable of much other than giving birth and raising children. We think that the main role of a woman is to create coziness and comfort in the family. And that their fate depends on the ambitions of the spouse. In fact, there have been many women in history who have done really brave deeds. These are Elizabeth Cady Stanton, Margaret Hamilton, Sofia Ionescu and many others.

One of the main reasons why a woman needs a man. Most of the fabulously wealthy ladies got their fortune from their husbands. Recently, you can see many girls who became rich thanks to their spouses. But I also want to note that more and more girls appear who can not only provide for themselves, but also make their contribution to charitable foundations and other similar organizations. This indicates that women are becoming more and more independent every year.

6. Girls are afraid not to get married

There is an opinion that the older a woman is, the more difficult it is for her to get married. The fact is that too early a marriage is not a guarantee of a long and happy marriage. I am of the opinion that it is not worth rushing and getting married at an early age. Emotional marriages, for the most part, do not have a solid foundation for successful development. There will be many more opportunities in your life to build a life with a good person. So be aware and thoughtful about this issue.

7. It is difficult for a woman to provide for herself

Historically, women have been given low-paying jobs. For example, retail or education and childcare. It is really difficult to live on the salary they pay there. Yes, now there are many other professions on which you can earn more, but due to the increase in prices for food, utilities and housing, this money is not enough. In most cases, we live paycheck to paycheck and have no savings. Having a man in life certainly helps to cope with financial difficulties and makes a woman feel more confident.

A woman next to a man becomes more confident, she feels comfortable in society and looks respectable. Of course, a lot more depends on what kind of man is next to you. But, if you have a boyfriend who meets you from work or school, then that’s good.

The next reason a woman needs a man is attractiveness. If a woman develops a healthy relationship, has regular sex with her husband, then she becomes charming. Such a girl is always in the spotlight, it is pleasant to communicate with her or have a relationship.

Creating a happy family is one of the main reasons why a woman needs a man. In addition, I think that every girl dreams of getting a marriage proposal, having wonderful children and a successful husband. To celebrate every holiday in the circle of relatives who appreciate and respect you. This is also the ultimate goal in most women’s lives. There are now many talk shows that aim to bring two people together. After all, there are many girls and men who find it difficult to find a mate.

11. Single women are insecure and neurotic

Such women are often portrayed in films and TV series. They have low self-esteem and often exhibit neurotic behavior. A man makes a woman more calm and humble, she becomes pleasant in communication and attracts positive people to herself.

I think this is the obvious reason why a woman needs a man. Nowadays, young people often resort to sex without commitment. Each person has the right to decide how he relates to this. But always try to be careful when choosing a sex partner. Regular and effective sex is the key to good health and mood. Just don’t abuse it, everything should be in moderation.

When a woman is in a relationship with a handsome and successful man, all her acquaintances, girlfriends and work colleagues know about it. Girls love to be envied, they often discuss guys and what their social status is. If you don’t have a boyfriend right now, don’t get upset or depressed. Work on yourself and your qualities. Communicate more, be open to other people. And I am sure that you will definitely find your soul mate.