Why does age difference matter in relationships? The answer may vary depending on the individual desires of the partners. But it cannot be said unequivocally that the age difference carries only bad or only good meaning. Indeed, in fact, many factors affect the development of successful relationships.

Age is a relative matter. Because a person may be sixty years old, but he will feel at forty. While people who are only forty years old can behave at sixty. Age is not only the time that we have lived, but also our attitude to the world. Because with the right lifestyle and thanks to modern technology, people can feel much younger and healthier. 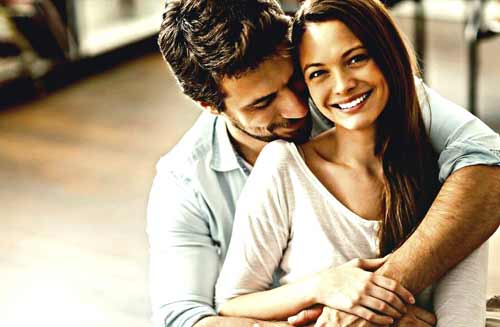 How does the difference in years affect relationships?

There are several aspects where the age difference matters in a relationship. But the most common are the needs and expectations of partners. In addition, it is necessary to understand that during a life together, people’s preferences can change over the years. And the expectations of a 30-year-old man can be very different from those of a girl at 18 or 20. In addition, do not forget that expectations also differ depending on gender. Since the needs of a particular gender may be very different. And plans for the future of an 18-year-old girl may differ significantly from those of a guy who is the same age.

This means that when two people with a significant difference in years, with completely different needs and ambitions, try to develop a relationship, then they will have little success. They need to agree on everything in advance. If they want to create a happy and lasting relationship. But a serious problem arises when the difference is too great and when the needs are vastly different. Take, for example, a 35-year-old man in love with a 20-year-old girl. Or a 35-year-old woman in love with a 20-year-old boy. In both cases, the difference in maturity is quite impressive. That will contribute to the emergence of all kinds of differences, which will become the basis for endless misunderstandings and conflicts between partners.

The greater the difference, the more problems

You need to understand that the greater the difference in years between partners, the more problems the couple will have. Many psychologists believe that if the age difference is six years or more, then such a relationship can be problematic. In this case, the age difference matters, because the older partner may not take the younger’s needs seriously. They will just seem childish to him.

A smaller difference means that expectations will not be too far apart. Therefore, partners will only need to work on those expectations that are associated with gender differences. A separation at about three years of age is ideal. Because it provides a more acceptable basis for agreeing on needs and reaching an understanding on how to deal with them.

A smaller age difference helps to better cope with the problem of distribution of powers. Large age differences are often accompanied by an unequal distribution of powers. The older partner feels the need to control the younger. Because he considers himself a more experienced person, and probably more financially stable. On the other hand, a difference of two or three years brings people together. In this case, no one feels worse than the other. Since they are both not far from each other.

The age difference matters when someone starts to have health problems. Which in turn can cause physical limitations. This may mean that one of the partners will no longer be able to physically participate in certain activities. In this case, physical intimacy between partners also decreases, or may disappear altogether. This is followed by a lot of discontent and misunderstanding. Therefore, it is necessary to pay attention to all these factors in advance before deciding to build a family life.

Although, there are examples of many happy couples whose age difference is 10-20 years. But still, this is in most cases the exception to the rule. Because such a difference would cause compatibility issues. After all, these people belong to different generations. Consequently, their life experiences, beliefs and values ​​may be so different that it will be difficult to discuss important decisions in family life. And, if it seems to you that now you are doing well. And the big difference in years doesn’t matter to you. Then problems will arise later. When questions arise related to retirement or health problems.

The biggest problem for couples with a large gap in years is jealousy and mistrust. In this case, the age difference matters. Because the senior partner begins to realize that he is not becoming as attractive as before. As a result, he becomes jealous when his beloved or beloved spends time not with him. Mistrust and misunderstanding arise between them. Because someone who is younger will show a stronger desire for various entertainment and active recreation. Unlike an older partner, who prioritizes rest and a quieter life.

What to do when a woman is older than a man

As you already understood, the age difference matters in a relationship. But what if you are already in a situation where you are much older than the guy? How to build relationships in this case? First, determine in advance for yourself what kind of relationship scenario in the future you see with this partner, and discuss it with him. Find your similar values ​​and life priorities. Because if you don’t have anything in common, then such a relationship is doomed to failure.

Next, determine how mature the man is psychologically. How does he view life in general? Do your views coincide? Indeed, it often happens that although a young man is 10-20 years younger than you, his psychological age is much higher, and then you will feel absolutely comfortable with him. With such a man, you can safely build relationships further. But, if you understand that already at this stage your views are too different, and there is little that unites you, then it is better not to tempt fate and part with him in advance.

What to do when a man is older than a woman

Almost all girls see only advantages in relationships with older men, as, in principle, men do. They understand that they have an already formed and successful personality next to them. Such a person knows what he wants from life, and confidently goes to his goals. Such a person is himself and does not build anyone out of himself. In addition, relationships with such a man are built deeper, more sincere and open. Which is extremely important for any girl. But the most valuable thing that a woman finds in a relationship with an older partner is a sense of security. She understands that behind this person is “like a stone wall.” That is why many girls choose older guys for themselves. In this case, it will be much easier for a man to build a relationship with such a woman. Because she will be more disposed towards him.

But you also don’t need to be mindful of the differences in interests that may arise. If the girl is much younger, then she may have completely different interests. Your views on certain things may differ. As a result, it will lead to misunderstandings and conflicts. Also, such girls will have many requirements and requests that you will need to close. Various Wishlist, shopping, walks, etc. All this will fall on your shoulders. If you are ready for this, then nothing should stop you. But in the event that you are not able to endure the various whims of the girl, then you should think carefully before starting a serious relationship with her.