Do you also get upset when you want to help someone, but the person does not listen to advice and does everything in his own way? I often find myself in such situations, and I know how difficult it is to help a person if he refuses to listen to your recommendations. In this article, I’ll explain what I’ve learned about people who don’t want to take advice. And here are five reasons why they do it. Because many people come to me for advice. But when I try to offer guidance on how to solve problems, I find that people have two relationships: 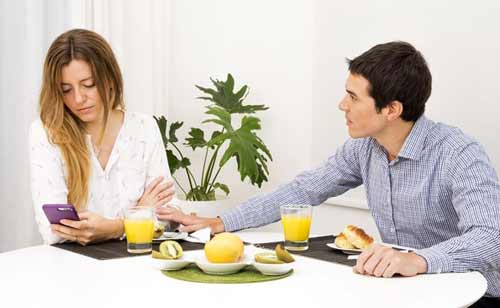 How do people perceive their reality?

I think people who don’t take advice see their reality differently. They see things very differently. They are completely involved in their own affairs. Therefore, they tend to distort reality to satisfy their own needs. We can show them the right direction, but they themselves have to want it. And you need to start with responsibility for your own actions.

I really hate to see a person not listening to advice. Especially if they are my friends and acquaintances. They just let their lives go in the wrong direction, even when I offer solutions to their problems. I explain how to act in a given situation. How can they avoid problems that come their way, but they still allow it to happen. They ignore advice and do things their own way.

Nothing can be done for these people. Many times I have to watch with sadness as they sink deeper and deeper into trouble. Sometimes it seems to me that they themselves want it. I’ll explain what I mean with examples a little further. Some people set themselves up for failure. I noticed that these types of people would never listen to a person giving advice. They are somehow programmed to continue on the path to failure. They just let their lives deteriorate. And they do nothing to improve their life and find solutions to problems.

Five reasons why a person does not listen to advice

1. He does not value life and his work

I noticed that many people simply do not value their life, do not value their work, and what they already have. My friend who lost his leg was definitely one of those. So is my friend, an accountant. They think that if they are lucky once and they have achieved some result, then the next time it will be exactly the same. But in life, everything is different. And if you do not draw conclusions from your own mistakes, then “you will step on the same rake.”

2. He is afraid of success

Fear of success, which is why a person does not listen to advice. And it is a well-known fact that many people do not want to leave their comfort zone, therefore they do not strive to achieve any significant results in life. For some, this may be due to fear of the unknown, while in others it may be due to the fear of making a mistake. The main problem that I see with such people is that they hope that everything in their life will work out by itself. And they do not need to make any significant efforts for this. But hope for a better tomorrow, without any solutions to today’s problems, will never bring change. I try to tell people about it, but they still live with hope and despair.

3. The person is in denial

Denial gets in the way of acting rationally. I had a friend who said that her boyfriend proposed to her. From a previous conversation with him, I knew that he would want to live on her money. I warned her against marrying this man. I even reminded her that she heard him talk about it. However, she was in denial and refused to believe the truth. Half a year after the wedding, she called and said that they broke up. Because she had to pay all the bills. He reasoned that if they live in her apartment, then the girl must pay all the bills.

4. He sees no prospects in his future.

Such people have no idea how their future will proceed. They are constantly late for meetings. Because, in principle, they do not need anything. Have you ever noticed that people who are late and keep waiting never succeed in achieving something meaningful in life? Indeed, in order to achieve success and perform certain tasks, we need to have a clear idea of ​​how long it will take. Then we need to write a plan and plan each step according to the allotted time. But many don’t. I see this problem with many friends. And although they say they understand me when I try to help them. But the only problem is that the next time I talk to them, I find out that they never did anything.

5. He wants approval for doing something wrong.

This is another common reason why a person does not listen to advice. And I think this is the worst part. A friend of mine once called and asked for help. She said that the guy wants to break up with her because she is too jealous, and calls him several times a day to check what he is doing. I said that she really was wrong. And the first thing she needs to do is stop calling the guy so often. As a result, she was very disappointed with me. She said she hoped that I would protect and support her. Instead, she felt that I was opposed to her.

Not all people need help.

My only intention is to steer the person in the right direction. But when I tell the truth, people take it as an attack. They just don’t want to face the truth. And this is another reason why a person does not listen to advice. So in certain situations it is better to leave him, and understand that he does not need help. He just wants to shift the blame for his failure onto someone else.

People, because of their egos, do not want to see the usefulness of advice. They get stuck in their inability to solve problems. They disagree with the advice, and come up with all sorts of reasons for this. One of the reasons I’ve noticed that people still deny and don’t listen is because they lack the skills necessary to deliberately think about their actions. In addition, when they are offered a solution to a problem, they do not see it. They are afraid of change and do not want to try something different.