How long are you waiting for an offer from your man? Several months, a year, or maybe several years? You may have even begun to regret making yourself too approachable. After all, your relationship does not move to a more serious level, and you simply do not understand why you are still not married. At this moment, your desperate becomes so strong that you want to completely break off this relationship and find yourself a new partner, or be alone. 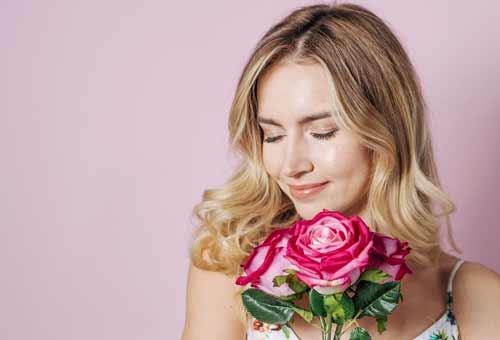 I have a lot of life experience behind me, and I know many women who have been waiting for an offer from their partners for years. Many of them are too shy and timid to hint their men about getting married. And some still hope that the man will take the first step. If this or a similar situation has developed in your life, then you should know the true reasons why a man does not propose, and how to be in this situation.

1. You do not have common views on the future

Many couples simply do not have a common vision of their future future. Most women, of course, dream of building a happy life with their partner, having many children, and dying with their loved one on the same day. But men look at it very differently. They may have very different goals in a relationship. And if a woman is not straightforward, honest and frank in her desire to marry, then her relationship with this partner may not end with anything. There will only be regrets about the years that were spent living in limbo and thoughts about why she is still not married.

Recently, a friend of mine came to me and said that she had allowed her boyfriend to move into her house. She saw this as preparation for the inevitable marriage proposal. The problem is that he had very different plans. And very often life together does not end with marriage. According to statistics, less than half of couples living together later create a family.

2. Many girls are too approachable

Today, many women behave too freely, and men do not perceive them as a full-fledged partner for family life. My niece became sexually active early enough, and I knew her first boyfriend well, they separated at school. After that, she had several more partners. Then she went to college, and at the age of 18 she began a life together with another young man. They rent an apartment together, share all expenses and enjoy each other’s company. They live together for a long time, but their relationship does not move to a more serious level. The guy is quite satisfied with this situation, and my niece, after five years of such a relationship, begins to be disappointed in her partner. They are still together at the moment. The niece is now constantly wondering why she is still not married, because she wants to be a wife and mother, and not just a roommate.

Men smell the despair of women and the excessive desire to marry. The more she wants it, the more he resists, creating an imbalance of power in the relationship. It can be compared to driving a car. When a man is in the driver’s seat and controls everything, and the girl, although she is nearby, does not affect anything. This situation makes a woman feel insecure.

When women like my niece feel vulnerable. Then their needs become unmet, and their voices are unheard. As a result, they become too desperate and less interesting for the opposite sex. Therefore, they are still not married. Their insecurity in the relationship makes them hold on to the man tighter. They start demanding extra attention from their boyfriends. Send a lot of text messages, check their phone books. Asking for more compliments and starting to lose their individuality. This becomes a real obstacle for men. Who want to have independent women, with their own opinions, hobbies and goals in life. A man already during this period feels problems in relationships and is afraid that marriage will only worsen everything.

Love liberates, not binds. If a woman is acting desperate in a relationship, it is a sign that she is losing her identity. She needs to focus on other areas of her life, such as career, health, hobbies, and spirituality. Instead of chasing men.

The lack of understanding of this is the main obstacle to marriage. In this situation, the woman simply does not understand why she is still not married, although in most cases the problem lies in herself.

4. Not adapting to adult life

Many girls are not fit for adult life. They often conflict with family members, work colleagues and friends. They are often unhappy with something and like to argue. Most men are wary of such ladies. After all, such girls constantly love to gossip and stir up various conflicts. Most men want peace and quiet. And marriage with such a woman is definitely not what they want.

Men don’t want to be around someone who is too emotional. They do not like to be manipulated or trying to control. Men want to be with an emotionally stable woman who is sincere in her words and actions. Who knows what she wants from life, has her own life values ​​and priorities. Guys are not exactly looking for a spoiled girl who is ill-equipped for life. And these are some of the main reasons why men do not propose to women.

Modern life is quite stressful. Therefore, men want to have a partner who brings joy and energy, and does not drain with negativity. Men and so often come into contact with quite destructive people during their daily activities. Therefore, they want a kind and positive person to wait for them at home.

Although I love the gatherings with my niece, lately I have begun to notice more and more that she has become rather pessimistic. At holidays, or ordinary family meetings, she constantly loves to be negative. We talked a lot on this topic. But as she says, her behavior is caused by feelings of insecurity due to a relationship with a guy who does not propose to her.

6. You are in a relationship with the wrong person.

Many women are so eager for marriage that they overlook one important detail – they are with the wrong person. No matter how much they work on themselves, or try to change something in their life, their relationship will not work. Because they have nothing to do with their partner, although women understand this. But their minds are clouded by the hopes and efforts they put into this relationship. It’s too hard for them to admit that they made a mistake and wasted so many years of their lives. And now we must look for love elsewhere.

We all tend to do the same if we don’t know our motives. After all, a person’s personal problems shape his basic beliefs and his behavior. Then we carry it all over into adulthood. This is why many women are stuck in limbo, and do not understand why they are still not married. They are unhappy and powerless, they can constantly suffer, but they change little. Because such a life is safer for them. They may live with the wrong person, but they are too afraid to admit it, leave and start over.