Why are we so often offended by people, and it is very difficult for us to forgive a person? Whether it’s our boyfriend, girlfriend, ex-husband, boyfriend, one of our relatives or a work colleague. It can be difficult for us to forgive even people we know well. We often hold grudges for many years, even when we realize that this only makes us worse. In fact, there are many reasons why we find it difficult to forgive. I want to help you understand the deeper meaning of this topic, and help you understand why it is difficult to forgive a person. 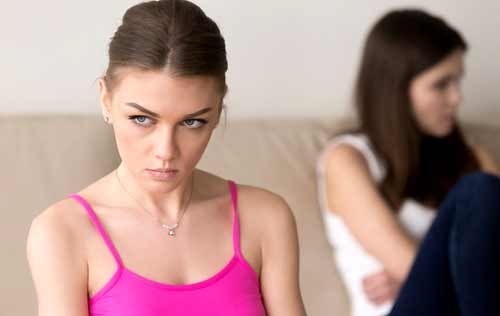 1) our ego gets in the way of forgiveness

The ego is a complex and strange feeling. Because we need it to a certain extent for pride. But it can also damage privacy, partnerships, friendships, and all other types of human interactions. Our egos can make it difficult to forgive people. Because it makes us question the very foundation of forgiveness. Why should I constantly forgive? – this is a frequent question that arises in our minds if you are overly proud of yourself. So, our ego is one of the main reasons why it is difficult to forgive a person.

2) Lack of maturity makes it difficult to forgive

A person needs a certain level of maturity and a sense of peace of mind to see their mistakes. Either the mistakes of other people, and learn to forgive for it. Many people talk about forgiveness, but most people don’t really forgive. It can be very difficult for a person to forgive someone if they are emotionally immature. A lack of maturity will hold you back in this moment, and prevent you from seeing forgiveness as an acceptable emotional outlet.

Friends and acquaintances are very often bad for us, and they may not allow us to forgive someone. While some people naively believe that peer pressure only exists in schools, it is also present in adulthood. It often manifests itself in everyday situations at home, at work, and in all places where there is a group mentality. Pressure from other people can be exactly the reason why you find it difficult to forgive the person. For example, you no longer hold a grudge against your ex-boyfriend who cheated on you, and you want to forgive him. However, you cannot do this, because all your friends are convincing and saying that forgiveness in this situation would be a big mistake.

4) Feelings of anger and anger

Someone’s actions or behavior can infuriate us to the point that it is difficult for us to stop being angry with that person. For this reason, we find it difficult to forgive people, because anger and forgiveness are simply incompatible. Anger makes practical problem solving impossible. It also prevents us from separating right from wrong, and soberly assessing the situation.

Hate is another overwhelming emotion that makes it difficult for us to forgive someone. Although anger and hatred are related feelings, anger usually gives way to hatred when our dislike for someone rises above a certain level. This is the level at which you will wish the worst for the person. Hate and forgiveness are completely opposite areas. Until hatred is neutralized, forgiveness will never be possible.

6) A person often makes mistakes in order to forgive him

It’s hard to forgive someone when they do the same thing over and over. It is simply impossible to forgive a person when, by his actions, he does not even give an opportunity to think about his forgiveness. For example, a wife may find it impossible to forgive a husband who cheats on her regularly and thereby destroys the marriage. Such actions inflict a huge emotional blow on her. And after this, it is even difficult for her to think about forgiveness. The fear of getting hurt again prevents us from forgiving. A person may perceive forgiveness as allowing someone to hurt someone again. It is the fear of being betrayed again that makes forgiveness impossible.

7) a manipulative person does not deserve forgiveness

It is very difficult to forgive a person when you are afraid that he will take advantage of your gentle nature. Common sense can dictate its rules to us. To say that one should not forgive a person whose personality, as you know, is manipulative. We need to look at the good traits of people in order to be able to forgive them. Which is actually very difficult to do if you see nothing but anger when you think of this person. This subconsciously makes us think that the person does not deserve forgiveness.

“You haven’t forgiven me, why should I forgive you?” – such thoughts often arise between people. With our unforgiveness, we want to take revenge on a person for his past mistakes or words. But by such actions, we simply make it impossible to develop and build normal relations.

9) Forgiveness can be seen as letting someone escape punishment

We often find it difficult to forgive someone. Because we think that forgiveness will allow this person to act as before and go unpunished. The true meaning of forgiveness lies in the thought of forgetting everything and letting go of anger and resentment. However, when negative thoughts and emotions accumulate, it is very difficult for us to do this.

10) Lack of accessible forms of punishment

It’s easy to forgive when you’ve already punished a person for their mistakes. Punishment in this context should usually teach the culprit a lesson. For example, a wife may forgive her husband for flirting with other women by punishing him and making him sleep on the couch for a month. In a situation where there is no available punishment, the person giving forgiveness may not have a substantial reason to forgive someone.

11) the misconception that forgiveness makes a person look weak

Most people believe that forgiveness makes them look weak. This false feeling is really hard to overcome. Although it is common knowledge that it takes a lot of strength and understanding to forgive people for their wrong actions. People don’t understand that forgiving a person actually gives them an advantage. But, as a rule, it is already too late when they realize it.

How to forgive the person who offended you?

We cannot change people. And in some situations, we should not forgive a person for his actions. But we can at least change ourselves and our attitudes towards people’s actions in order to better cope with the unpleasant situations that arise in our lives.

After all, there are often moments that infuriate us. We get angry and negative emotions. Which is very bad for our mental and physical health. Therefore, in some cases, we need to try to overcome our anger and show forgiveness, even if we find it difficult to forgive the person. If you decide you want to do this, then find a good place and convenient time to be alone with your thoughts. Then try the following four steps, even if it seems daunting to you:

Yes, you will still remember what happened. But, you will no longer be bound by this. As a result of working through your feelings and understanding what you need to do, you will be able to take care of yourself in the future. Forgiving another person is a wonderful way to honor yourself. This confirms the fact that you deserve to be happy in life.