Recently, I have been receiving a lot of questions from women who ask if there is any way to find out if an ex-boyfriend or a man will return to them. In fact, a lot here depends on what his psyche is now experiencing. Therefore, it is difficult to say unequivocally in which specific situation a man will return to his woman, and in which not. And the best thing would be not to bring the relationship to rupture at all. But we will not regret the past, but will try to understand the present and the future. 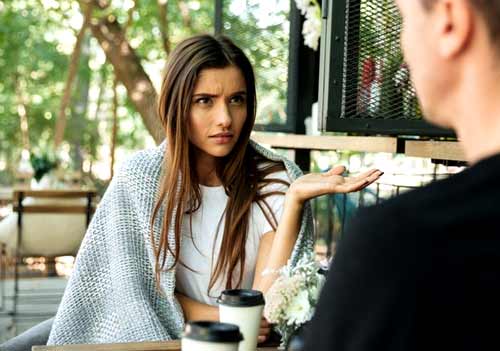 There are several clues that may indicate that a man will return. But one of the main things to take into account and ask yourself is how positive was your relationship? If you know they were positive and only a small misunderstanding led to the breakup, then the man will most likely return. I’ve also listed below some of the signs that might indicate that your ex still has feelings for you and is open to returning. With their help, it will be easier for you to understand whether the ex will return to you.

How to react if an ex-man wants to return?

Of course, if you still love this person and are waiting for him, then accept his apology and resume the relationship. Talk to him about your breakup and the lessons you both learned from past failures to make your relationship longer and happier. But if you think it is in your best interest not to talk to him anymore, do the following: “Close the doors,” and try not to see each other again. Continue to live your life. You also need to know that people return to their ex for a number of reasons, including:

Take your time to accept a man again

I recommend not jumping to conclusions when the person comes back to start building the relationship again. In this situation, you need to be wise and considerate. But at the same time, be respectful of the person as much as you want them to be respectful to you. Have a sincere conversation with him, and only when you feel sincerity and honesty in his words, only then take him back.

In any case, the man will first try to reconnect with you. They usually do this via text messages, calls, or social media. If he writes or calls you, try not to show emotions, cry or be offended that he had thoughts of leaving you. Because it took a man a lot of strength to muster up the courage and turn to you. Writing the text can show an easy task, but even not all men are capable of this.

So proceed calmly. Try to be positive, not negative. Do not go deep into the past, and do not remember his mistakes. You should have done this even during the breakup. And, if you again start asking him questions about a bad past, then in this way show that you do not believe in reconciliation. So stay calm and communicate normally. You also shouldn’t talk about your reconciliation to friends or family. Keep it a secret for now.

Why will your ex never come back?

Although, we only want to believe that our ex will return one day anyway, but this is not always the case. And no amount of various rituals and fortune-telling can unequivocally say whether the former will return. But if he does something from the list below, then the chances of him returning are slim.

What if the ex-man doesn’t return?

Breaking up with someone can be really tricky. But no matter what is happening between you right now, try to stay strong and maintain a positive mental attitude. In any case, move on in life. After all, there are many more significant things in our life than romantic relationships. Always keep this in mind. And it may well be that you will even be grateful to this person that he left you.

No need to worry and think only about whether the ex will return. You better rebuild your life. In addition, I know many women who said that as soon as they were able to move on and returned to their old life, it was then that the former returned to their lives. So what you need to focus on right now is to create a strong sense of self-love. Protect yourself and what you really feel. Don’t judge yourself for emotions that can often overwhelm you. Instead, listen to what your heart has to say. I think it’s a great idea to take some time for yourself now. Go back to your hobbies, see friends and find time for your own personal goals.

But, if this separation is very difficult for you, then start more time to relax and spend with friends. Watch YouTube videos about self help for breakups. There are also many articles on our site that provide useful information on this topic. Or, as a last resort, you can seek help from a psychotherapist.